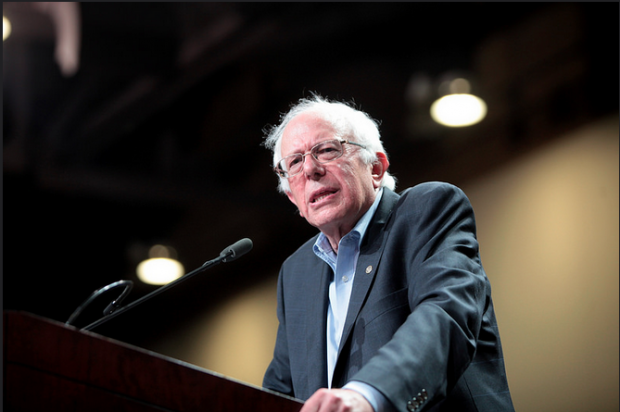 While most national polls still show Sen. Bernie Sanders, the self-described "democratic socialist," trailing Hillary Clinton in the race to become the Democratic nominee, the news over the last week has been tough for Hillary while pointing to a Sanders surge. From the latest New Hampshire poll to a crowd of 28,000 in Los Angeles, Sanders has been getting attention. What's the story behind this story? We bring you a few different perspectives on that today.
Also, this week on the AllSides blog, there's a new guest post series by the president of the Global Civil Network, John T. Kesler. It kicks off with his Leaders Growing Up post about the developmental implications of leadership in the context of integrating an "all sides” orientation to politics and public policy
[Also see China Central Bank Slows Yuan Descent, Megyn Kelly versus Donald Trump and the latest AllSides News.]
Snippets from the Right
GOP's Trump Problem Will Fade, but Democrats' Bernie Sanders Troubles are Just Beginning
Town Hall
Sanders has charm, but the Jewish socialist transplant from Brooklyn has spent his political life in a state that has only about 7,500 blacks. He lacks the vocabulary to appeal beyond the white left. Meanwhile, the black left, an indispensable voting bloc, has no standard-bearer in the primaries and is clearly cross about it.
Clinton's most comfortable in the role of elitist technocrat, which is great for fundraising from Wall Street and wooing Beltway journalists, but it's not so useful for wooing voters in a populist environment. Thanks to her husband, she still has goodwill among African-Americans. But she lacks the charisma, passion or personal story to excite either the black left or the white left.
Snippets from the Left
Why Liberal Millennials Love a Cantankerous 73-Year-Old From Vermont More Than Hillary Clinton
Huffington Post
Sanders, the longest serving Independent senator, was propelled to the forefront of American politics railing against campaign finance reform, the Koch Brothers and the demise of democracy. He took the Senate floor by a storm when he spoke up against the rise of "an oligarchy form of society" as a result of Citizens United and the perils of income inequality. In his raspy Brooklyn accent, he conveyed passion and energy.
Since then, Bernie Sanders has announced his bid for the Democrat nomination and built his platform on the issues that matter most to millennials -- making public universities free, raising the minimum wage and ending the war on drugs -- with the same vigor and vitality that he approached his fight against Citizens United on the Senate floor.
Snippets from the Center
What's behind the Sanders surge?
CNN
While the self-described democratic socialist may once have been seen as a long-shot contender, he is now seen as a credible alternative to Clinton by some liberals."It seems like Bernie is representing the counterculture views," said Michael Glenn, who has never voted but showed up at a rally for Sanders in Portland. "I think he represents a lot of the people who are kind of looking beyond Democrat or Republican."
He is also drawing nontraditional voters, suggesting he could either expand the party or simply become a political curiosity like Howard Dean and flame out for lack of deep support. At his events, die-hard progressives waving handmade signs about climate change and Arctic drilling mingle with veterans and people wearing National Rifle Association T-shirts.
Discover more on this topic on AllSides.
Bernie Sanders, Election: Presidential, News