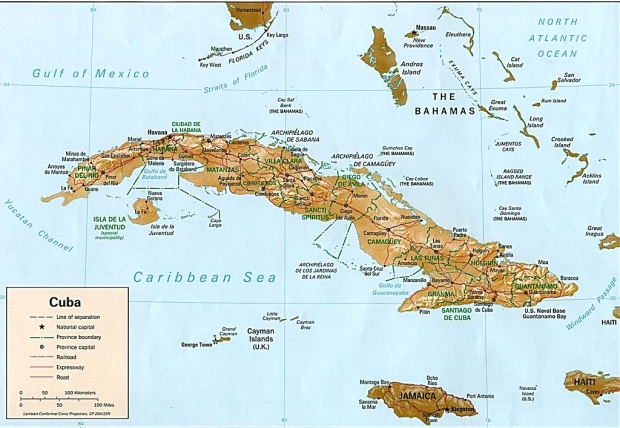 President Obama and Cuban President Raul Castro announced that they will begin thawing relations between the two countries. This means, primarily, an easing of US economic and travel restrictions with Cuba. The agreement was said to be encouraged by Pope Francis. In a separate deal, the U.S. and Cuba released a few political prisoners. This week we bring you some reactions to these developments.

Snippets from the Left
The Hypocrisy At The Center Of The GOP’s Response To New Cuba Policy
Think Progress
"But the Republicans’ outcry against the new policy contradicts their own faith in the power of free market economies. Under the administration’s policy, the U.S. will restore full diplomatic relations, ease travel in 12 existing categories, allow the U.S. to import more goods, expand exports to Cuba, among other changes. Opening up trade and investing opportunities will likely push Cuba toward a more American-style economy — the kind Republicans argue leads to freedom."
Snippets from the Right
Rubio slams Cuba agreement, says Obama is ‘willfully ignorant’
Washington Times
"It is just another concession to a tyranny by the Obama administration rather than a defense of every universal and unalienable right that our country stands for … It will significantly set back the hopes of freedom and democracy for the Cuban people,” [Sen. Rubio] said. “It is disgraceful for a president who claims to treasure human rights and human freedom. This president is the single worst negotiator we have had in the White House in my lifetime.”
Snippets from Center
Historic thaw in U.S., Cuba standoff
CNN
"A political standoff that spanned five decades and 10 presidents began to crumble Wednesday with President Barack Obama's move to normalize relations with Cuba.
The announcement was the product of a year of clandestine back-channelling between the U.S. and Cuba, facilitated by the Canadians and the Vatican and with personal involvement from the Pope."Today, America chooses to cut loose the shackles of the past, so as to reach for a better future for the Cuban people, for the American people, for our entire hemisphere and for the world," Obama said in a statement announcing his decision."
- John and the AllSides team
News