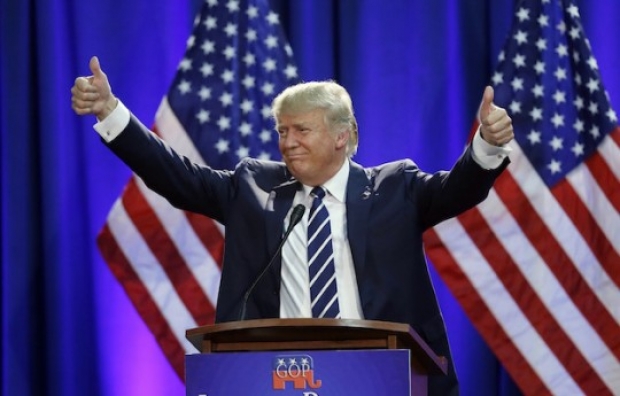 As the only GOP candidate left standing, Donald Trump became the presumptive Republican presidential nominee this week, which led the media to speculate in earnest on his chances of becoming our next president. We’re sharing a range of perspectives on this today. For example, we noticed that even if you look only at the Left, different sources are citing different polls.
But first, with immigration being one of the top issues on Trump’s agenda, we invite you to add your voice to the interesting civil dialog that’s been going on here: Do you think illegal immigrants should be deported?
See other news featured by AllSides such as How Trump Defied the Odds, Kasich Suspends Campaign, Can the GOP Unite? and the latest AllSides News.
Snippets from the Left Leaning (a pro-Hillary view)
Yes, It’s Early, but Donald Trump Would Have Uphill Battle Against Hillary Clinton
New York Times
“A general election matchup between Donald J. Trump and Hillary Clinton became all but certain on Tuesday after Mr. Trump’s decisive victory in Indiana.
He would begin that matchup at a significant disadvantage.
Yes, it’s still a long way until Election Day. And Mr. Trump has already upended the conventional wisdom many times. But this is when early horse-race polls start to give a rough sense of the November election, and Mr. Trump trails Mrs. Clinton by around 10 percentage points in early general election surveys, both nationally and in key battleground states.
He even trails in some polls of several states where Mitt Romney won in 2012, like North Carolina, Arizona, Missouri and Utah.”
Snippets from the Left Leaning (a pro-Bernie view)
KING: Bernie Sanders would be Donald Trump's worst nightmare; Hillary, not so much
New York Daily News
“Hating Trump is not the same thing as supporting Hillary Clinton and young voters know this. While Donald Trump doesn't have a youth movement of any kind to talk about, it just matters a heck of a lot less if it's Clinton he's going against.
Bernie has consistently said that he does better in every poll in a head to head match up against Donald Trump than Hillary does. The non-partisan fact-checkers at Politifact found this claim to be accurate.
In one new poll, Trump actually leads by 2 points in a race against Hillary. In another, she's just up by 3 points against Trump. Bernie beats Trump in every poll and by larger margins.”
Snippets from the Right
Donald Trump aims to ‘scramble the map,’ flip blue states in general election
Washington Times
“But Mr. Trump’s appeal to economically suffering voters could tap veins in populous Rust Belt states that have voted reliably for Democrats for years.
‘Donald Trump could scramble the map,’ said Whit Ayres, who served as a pollster for Sen. Marco Rubio’s presidential campaign. ‘Conceivable he might put some overwhelmingly white states of the Great Lakes region into play for Republicans with a large blue-collar white [voter] turnout.
‘But both sides get to play this game,’ Mr. Ayres said. ‘He would also put Republican-leaning states with large nonwhite populations into play given his toxic numbers among Hispanics and African-Americans.’
…With the Electoral College controlling the presidential election, the key battles will be state by state. Analysts said Mr. Trump could end up losing traditionally Republican Sun Belt states such as Arizona and Georgia, even as he tries to put Rust Belt states into play.”
Snippets from the Center
If Donald Trump wants to beat Hillary Clinton, he needs to win these 5 states
USA Today
“Now some of his primary rivals and other senior Republicans argue that Trump's lack of governmental experience and his unprecedented negative ratings — including among such crucial electoral groups as women, Latinos and young people — will doom his prospects in November. But as Trump likes to remind people, the conventional wisdom has been wrong about him from the start.
…A look at five states that could hold the key to both how a Trump victory is possible and how difficult it will be. Here's one scenario that would give Trump 273 electoral votes — and the White House…”
Discover more on this topic on AllSides.
Donald Trump, Election: Presidential