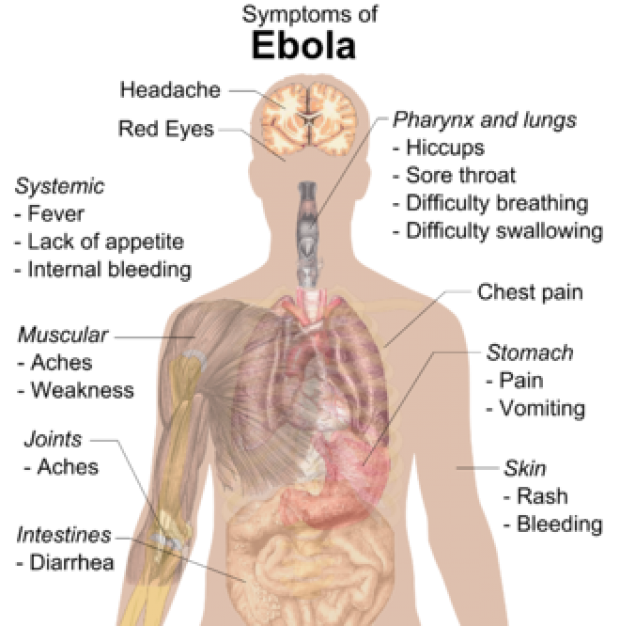 Filling the headlines with new developments, Ebola is unavoidably the story of the week again. Craig Spencer returned to the U.S. last week after working for Doctors without Borders. He developed Ebola symptoms Thursday and the three people he had close contact with after his symptoms appeared have been placed on quarantine.
Meanwhile, in some refreshingly good news, Dallas nurse Nina Pham was just declared free of the Ebola virus. She was the first nurse infected while caring for Liberian patient Thomas Eric Duncan.
Snippets from the Left
What We Know So Far About Ebola In New York City
Huffington Post
"There is no reason for New Yorkers to be alarmed," Mayor Bill de Blasio said. "Being on the same subway car or living near a person with Ebola does not in itself put someone at risk."Spencer's apartment has been quarantined and the FDNY employees involved are fine. Spencer and his fiancee lived together in an apartment in a six-story building in Harlem that was sealed off after he was taken to Bellevue. It is the only part of the apartment building health officials are concerned about, Mayor Bill de Blasio said in a press conference Friday.
Snippets from the Right
House lawmakers grapple with Ebola both at home and abroad
Washington Times
The scramble to retrace Dr. Spencer’s steps in New York presented a moral dilemma for lawmakers scrutinizing U.S. efforts. The young doctor volunteered his time in West Africa, but members wondered whether he should have spent Ebola’s 21-day incubation period in his apartment upon his return.“I give the doctor tremendous credit for going over there. But I think there should be more restrictions when they come back, because, as we saw in the first few weeks of the CDC, they were wrong in certain areas,” Rep. Peter King, New York Republican, told MSNBC early Friday.
Snippets from Center
Ebola case in NYC brings demands for quarantines
Bloomberg Business Week
The idea of broader quarantine is a topic "actively being discussed. It's going to be something that will be discussed at federal level," said Dr. Mary Bassett, New York City's health commissioner.
...Rep. Stephen Lynch, D-Mass., said anyone coming from West Africa should be quarantined for 21 days abroad before even boarding a plane to this country."This can't just be about ideology and happy talk," Lynch said. "We need to be very deliberate, take it much more seriously than I'm hearing today."The World Health Organization is not recommending the quarantine of returning aid workers without symptoms, according to spokeswoman Sona Bari.
Discover more on this story on AllSides.
- John and the AllSides team
News