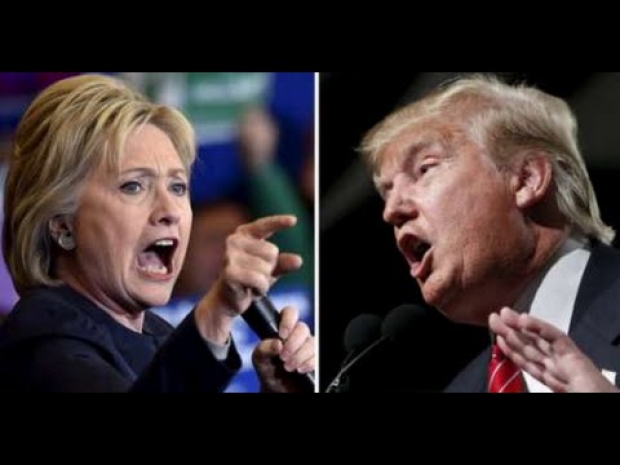 The Super Tuesday scorecard: On the Democratic side, Hillary Clinton won seven states and Bernie Sanders won four. On the Republican side, Donald Trump won seven states, Ted Cruz three, and Marco Rubio won Minnesota. No one has secured the nomination yet. What can we learn from this week’s primary results? Let’s have a look at how this question is being answered from different sides of the political spectrum.
See other news featured by AllSides such as Huge Win in SC for Hillary, David Duke Endorsement for Trump, Mitt Romney on Donald Trump and the latest AllSides News.
Snippets from the Left Leaning
Analysis: Clinton wins by easing Democratic split; Trump wins by exploiting GOP divisions
LA Times
“Trump has harnessed and maintained support from an angry GOP electorate, cleaving a party that has rumbled with discontent for years after successive presidential losses. His sweeping victories over opposition from much of the party's nominal leaders have been both an extension and an exaggeration of the tea party vs. establishment feuds that have colored Republican fights since 2010.
Clinton, by contrast, is well on the way toward unifying her party, regaining a firm hand after scares in Iowa and New Hampshire and effectively blunting the internal Democratic war driven by its voters' move to the left during President Obama's tenure. Her success is driven by the increasing diversity of her party, which allowed Latinos to push her to victory in Texas and black voters to buttress her across the South.”
Snippets from the Right
Analysis: Just How Super Was Tuesday For Trump?
TownHall
“…while Donald Trump remains firmly in the GOP driver's seat, his night wasn't quite as dominant as you may have thought when you fell asleep.
…Trump fell well short of claiming a majority of the delegates allocated on Super Tuesday; by comparison, Mitt Romney did so by a healthy margin in 2012.  Trump also lagged slightly behind Romney's performance in terms of his popular vote victory percentage.  (Same goes for McCain in 2008).  If Trump's rivals continue bagging chunks of available delegates over the next few weeks, and manage to win several big prizes (Ohio, Florida, etc.) when the calendar moves into the winner-take-all zone on March 15, Trump may be deprived of the 1,237 delegates he needs to stave off a contested convention.  Nevertheless, Trump undoubtedly remains the strong frontrunner in this race, and will be difficult to beat at this rate.  His decision to hold a press conference, rather than a celebratory speech, was strategic and worked well. ”
Snippets from the Center
The Day the Republican Party Ruptured
Politico
“As they dig in against his candidacy, they are girding for a civil war not, they insist, in order to cling to power over the party but to save the ideas and principles that have always held it together.
It is a war the GOP as we know it may not survive, “a big and strong fight going on about the future of the Republican Party as intense as we’ve ever seen,” said Pete Wehner, a veteran of the George W. Bush White House who has savaged Trump of late. “A Trump victory would be catastrophic to the Republican Party and a terrible danger to the republic itself. If he wins the presidency, you may see the efforts to form a new party.”
The disconnect between the Republican establishment and its donor class and the party’s grassroots base has been widening for years, ever since Barack Obama took office in 2009. But the increasing likelihood of Trump becoming the GOP standard-bearer is tearing whatever fraying threads had held this fractious coalition together.”
Discover more on this topic on AllSides.
Super Tuesday, Election: Presidential, News