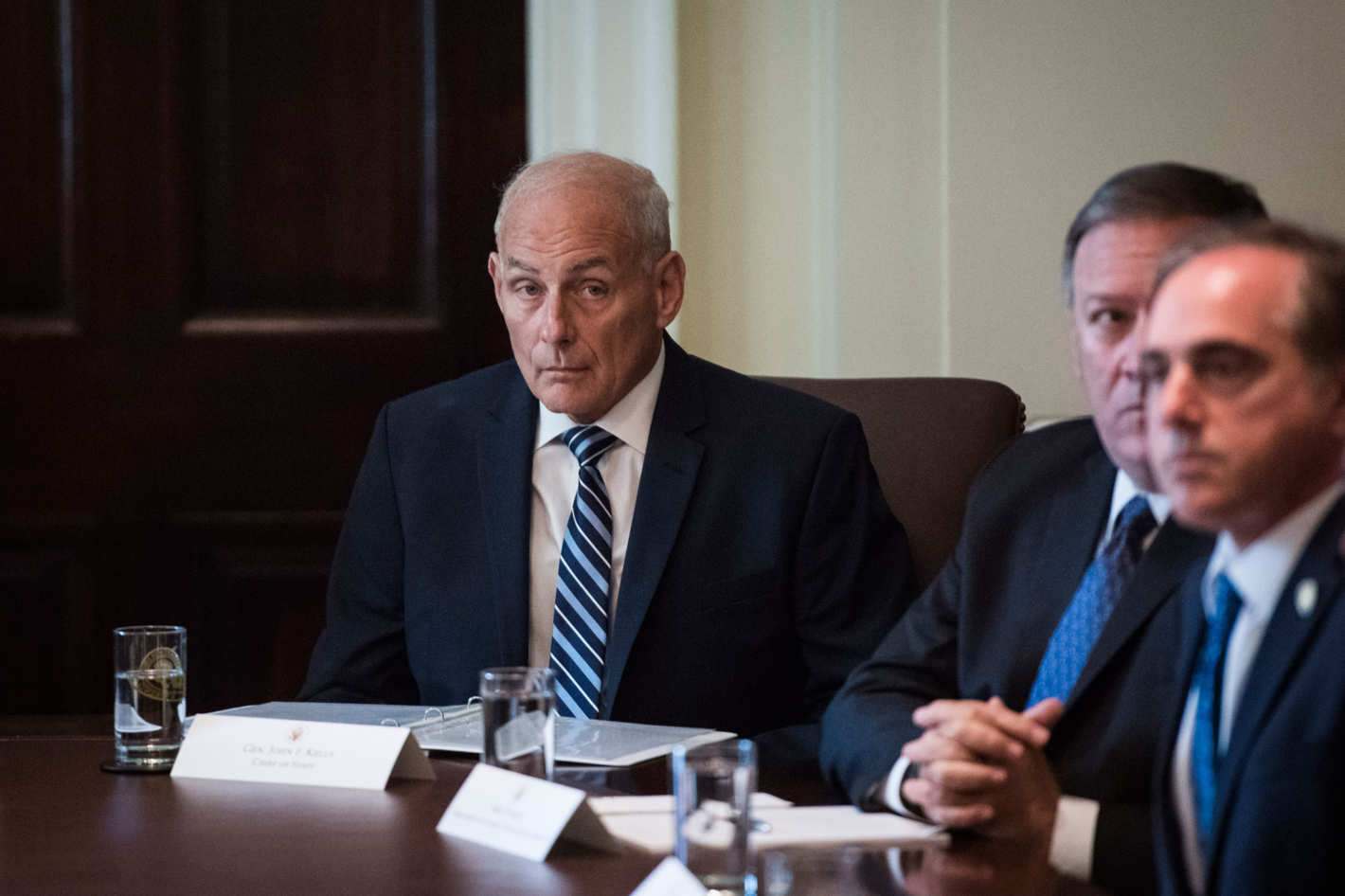 There have been many changes to the White House staff over the past few weeks.First White House Press Secretary Sean Spicer stepped down when Anthony Scaramucci was selected as the new White House Communications Director. Then Chief of Staff Reince Priebus was replaced by retired Marine General John Kelly, followed swiftly by the removal of Anthony Scaramucci after just 10 days. Some people believe John Kelly is the right person for the job, while others think it'll destroy his career. For these, and more views, keep reading below.
Recently, we've had some users question whether or not we should use Breitbart as a source, and to what extent. Read our latest blog, Breitbart: Right Wing Publication or Fake News? and tell us what you think.
Coming soon, our newest offering for Schools - Mismatch - launching August 21st. Learn more about Mismatch or sign up now!
Snippets from the Left
John Kelly Is Destined to Fail
New York Magazine
"You have to feel a bit sorry for Kelly, though surely he knew what he was getting into when he undertook a role most likely to end with his humiliating banishment from the island on Pennsylvania Avenue. Yes, he is a much-admired Marine — one of what Trump calls “my generals.” But I doubt that even Hermann Goering could impose discipline on this White House.
Some hope has been invested in Kelly’s decisive canning of the Mooch on his first day of work. But that was low-hanging fruit. Kelly lacks the power to fire the president’s son-in-law or daughter, both of whom were behind the brilliant idea of Scaramucci’s appointment in the first place and both of whom had pushed another candidate, the Goldman Sachs alum Dina Powell, over Kelly as his replacement once the Mooch was caught sucking his own c---."
Snippets from the Right
John Kelly Takes Control of Oval Office
Newsmax
"White House Chief of Staff John Kelly has begun to limit access to President Donald Trump, starting with closing the doors to the Oval Office, Axios reports.
Previously, the door to the Oval Office was kept open, allowing certain officials to drift in and out, even during meetings. Now the door is closed, the meetings are shorter and more on topic, and Trump has begun to act 'sharper' and is 'even rattling off stats,' according to Axios. Even Trump's closest advisers, his daughter Ivanka Trump, her husband Jared Kushner, and economic adviser Gary Cohn, are acting 'deferential to Kelly.'
Even Trump's Twitter use has been more low-key, sticking to promotional material about various events so far on Wednesday."
More Snippets from the Right
Against John Kelly as White House Chief of Staff
National Review
"We shouldn’t threaten that confidence [that the American people have in the military] by placing so many recently retired generals in political positions. For example, Trump may well demand that General Kelly, like Reince Priebus before him, blatantly lie to the public in his defense, or aggressively attack the media and Democrats. Seeing Kelly become a hack in the service of a particularly divisive president would reflect poorly upon the military, tarnishing its prestige in the eyes of Trump’s many political opponents.
It is not difficult to imagine General Kelly performing an overtly partisan role. Once, in handing the president a ceremonial saber, he joked that Trump should use it on the press. In April, Kelly said that if lawmakers do not like the laws that the executive branch enforces, they should change them. Otherwise, he suggested, they should 'shut up and support the men and women on the front lines.' No one should tell Congress to 'shut up,' but when a general does so, it inevitably means something more.
...
In a time of such political polarization, this is extremely dangerous to the long-term health of the U.S. military, the institution that keeps us safe."
Snippets from the Center
How to know if John Kelly is really in charge
Chicago Tribune
"John Kelly, who served for a long time as a general and a short time as President Trump’s homeland security secretary, probably isn’t the best fit for White House chief of staff. But he has two advantages over Reince Priebus: extensive experience working in government and the power to do his new job properly. So perhaps he’ll turn out to be better at the job.
...
Kelly dismissed Scaramucci, but what kind of talent is he able to recruit? Will that person, for a change, actually have proper experience for that job? Will candidates who dropped out of the running in the past because of the toxic work environment and political situation consider serving an operation led by Kelly? There are an awful lot of jobs to fill in this White House, and Kelly can and should create even more openings."
Discover more on this topic on AllSides.
Tags:
News
Anthony Scaramucci
John Kelly
White House
Reince Priebus