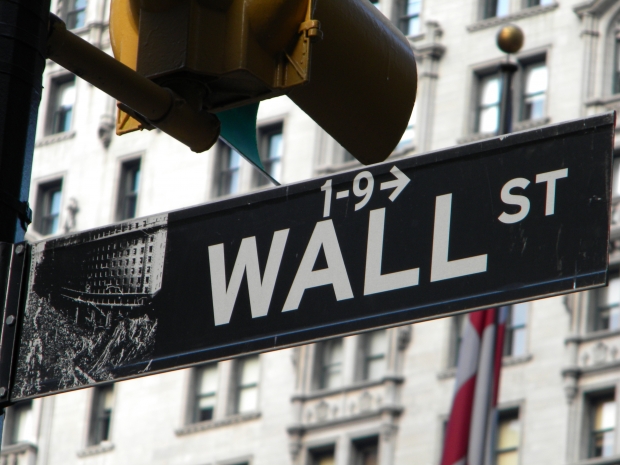 Do America’s problems stem from big government or big business?

Nearly all of us can agree that things are awry in America. Yet defining what’s gone wrong has resulted in finger-pointing and a clash of ideologies.

One point of view comes from Occupy Wall Street. This Liberal-leaning group rallies against the unethical practices of the financial industry, and objects to corporate welfare at the expense of the taxpayer.

From another perspective we have the Tea Party. This Conservative movement protests the massive debt that’s being incurred by our government, and believes that unconstitutional bureaucracy is encroaching on our freedoms and stripping us of our civil liberties.

You may have dismissed one or both of these groups as extremists. But do they have valid points that are worthy of consideration?

It’s undeniable that most of us naturally lean to the left or the right politically. However, the problem with aligning ourselves too tightly to ”liberal” or “conservative” labels is that we run the danger of disregarding valid points of the other party.

If we can think without partisan bias, we can consider that Occupy Wall Street and Tea Party grievances aren’t separate, isolated issues. They’re two sides of the same coin: the problem of too much power in the hands of too few.

Most Americans can agree that excessive power is an unjust and dangerous thing. If this is a shared theme, we need to be truly open minded and willing to identify the “too powerful” no matter which side of the debate they fall on.

Both the financial world and the government have acquired a vast amount of power. How has this happened?

In the past century both political parties have expanded the authority of our government. This has given politicians the ability to inordinately empower industries, corporate leaders, unelected bureaucrats and special interest groups of all kinds. Today’s government has the ability to dole out subsidies, tax breaks, bailouts, favorable regulations, and other special advantages to particular groups. The cost of that special treatment is borne by private citizens like you and I, even if we don’t agree with it, benefit from it, or even know about it.

People express concern that without copious regulations big business will become too powerful. On the contrary however, the more regulations the government writes, the greater the advantage of the powerful corporate lobby. Congressmen don’t have the time to read, let alone write, all the laws they pass. They are typically unfamiliar with the businesses they regulate. So they often rely on business “experts” to draft laws for them. “Experts” who are frequently tied to the very companies that are being regulated.

Corporate bailouts are a prime example of how the financial industry benefits from legislation written by lobbyists. Citigroup lobbyists drafted the vast majority of a bill that allowed banks to engage in risky trades backed by a potential taxpayer-funded bailout.

This breech of justice is something that both Occupy Wall Street and the Tea Party can sink their teeth into.

“I won’t dispute for one second the problems of a system that demands immense amount of fundraisers by its legislators,” says Rep. Jim Himes who supported the bill. The CT Democrat is a former Goldman Sacks banker and also one of the top recipients of Wall Street donations. “It’s unfortunately the world we live in.”

The small businessman and the average American have no one to lobby for them and no opportunity for a say in law creation.

It becomes treacherously tempting for both politicians and businessmen to use the system for their own advantage. Big business will always look for ways to use money and influence to get preferential treatment. It’s their goal to earn profits and stay in business. The thing is, politicians want to “stay in business” too, and that requires funds for reelection. Corporations and special interest groups who make significant donations expect lawmakers to advance their groups’ causes. This is undue power.

Both Occupy Wall Street and the Tea Party are concerned about injustice to the average American by the privileged few. But we must be able to look beyond our political position to recognize the validity of all sides. Every American is impacted when we don’t properly enforce the boundaries of both the financial world and the government.

The best way to ensure fair trade is to keep the influence of big business and banks out of Washington. Of course we need laws to protect unfettered competition and guard against unscrupulous business practices. We must ensure that companies uphold contracts, keep their promises, and don’t cheat or lie to consumers. We must make certain that employees are treated fairly, and that employers don’t trespass on their rights.

It’s just as important that we hold our government up to similar standards. The public must insist that our government doesn’t spend our tax dollars irresponsibly. We must ensure that legislators don’t abuse the power of their office by granting themselves unconstitutional authority, aren’t unduly influenced by political contributors, and don’t trespass on our civil liberties.

Not all politicians are corrupt. Not all business leaders are corrupt. But corruption is inevitable when there are significant benefits to be had. When fewer favors can be written into law, fewer can be bought, and the less power big business AND big government will have.