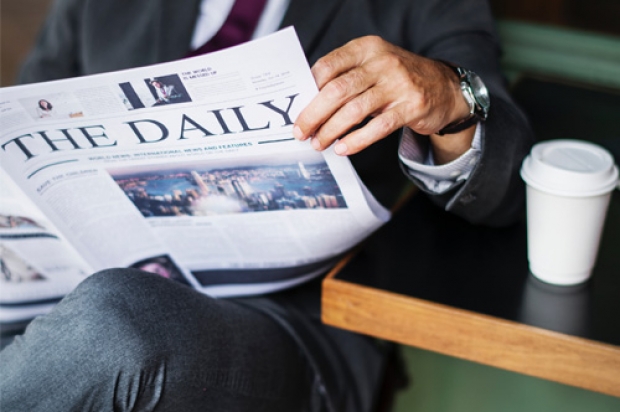 A chorus of roughly 350 newspapers across the country joined together on Thursday to condemn President Trump's recent rhetoric criticizing the press.

The initiative came at The Boston Globe’s request. Their Editorial Board urged publications “liberal and conservative, large and small” to denounce Trump’s bouts with the media after, in a now-deleted tweet, Trump called the press “the enemy of the American people.”

“The greatness of America is dependent on the role of a free press to speak the truth to the powerful,” wrote The Globe’s Editorial Board. “To label the press ‘the enemy of the people’ is as un-American as it is dangerous to the civic compact we have shared for more than two centuries.”

Although many publications answered The Globe’s call—from the left-leaning New York Times to the conservative New York Post—the project received its fair share of criticism.

In a rebuke, the right-leaning Investor’s Business Daily referred to the effort as a “political stunt," one that suggests the media’s overall goal is to drive the narrative “to suit a leftist political agenda.”

"The irony, of course, is that in participating... the media are proving what Trump says is true. They are biased," wrote IBD.

The San Francisco Chronicle and the Los Angeles Times, both liberal publications, also abstained, citing a desire to maintain their independence.

Regardless of the media’s mixed feelings on the matter, the endeavor serves as a microcosm for the ongoing debate surrounding the free press and its ability to carry out the core duties intrinsic to its role in society. Are journalists holding officials’ feet to the fire, fulfilling the crucial watchdog responsibility delegated to them by the Founding Fathers? Or have their biases reached unchecked levels, rendering reporters unable to adequately inform the American public?

Newspapers like The Globe claim they fall in the former camp.

“Indeed, it is not just that the president is stoking domestic division for political and personal gain, he’s asking his audiences to follow him into Fantasia,” wrote The Globe regarding Trump's frequent jabs at the press. CNN echoed the sentiment, arguing that the president's confrontational approach with the media serves three devious purposes.

“First, it's a very effective way of changing the subject when Trump comes under criticism in the media. Second, it's a form of harassment, that can intimidate pesky reporters, especially when the online trolls pile on. Third, it's a way of undermining public confidence in the media," they wrote.

But many journalists and media organizations on the other side of the political aisle believe just the opposite—that the mainstream media sows discord, particularly against President Trump, because it’s a profitable business model.

“Reporters who have ventured out to talk to Republicans have likely discovered the common belief among such voters that media professionals are almost entirely lined up in opposition to Mr. Trump and tend to parrot each other’s attacks,” wrote James Freeman, assistant editor for the Wall Street Journal’s conservative Editorial Board. “Therefore announcing that dozens or perhaps hundreds of ostensibly independent editorial pages will publish similar Trump critiques at the same time probably isn’t the best way to expand readership among the rightward half of the electorate.”

President Trump responded to the coordinated effort on Twitter, labeling the media “the opposition party” and stating, “There is nothing that I would want more for our Country than true FREEDOM OF THE PRESS. The fact is that the Press is FREE to write and say anything it wants, but much of what it says is FAKE NEWS, pushing a political agenda or just plain trying to hurt people. HONESTY WINS!”

What do you think: was the coordinated effort necessary to push back against Trump, or was it a futile exercise that only proved his point? Share your thoughts by taking the poll below.