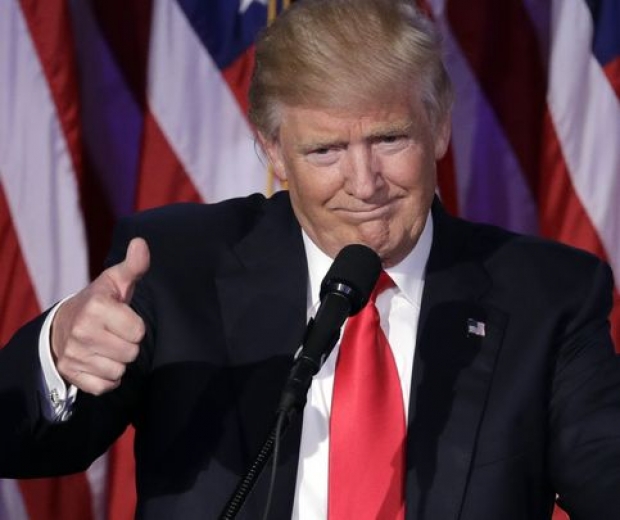 The election ended this week when Donald Trump was elected to the highest office in the land. Hillary Clinton received slightly more of the national vote, but Trump won outright in Electoral votes. There have been radically different reactions from the public from nationwide protests of "not my president" to widespread joy. The Republicans also maintained control of both the House and Senate, the first time since 2007. However, now more than ever, as much as our country is divided, it's time to find the common ground and work to improve this nation.

Curious what AllSides, and our friends at Living Room Conversations and the Coffee Party thought of the results? Check out our first ever Facebook Live event from today.

See other news featured by AllSides such as Clinton Concedes, Newspaper Front Pages on Trump Win, Why the Polls Failed and the latest AllSides News.

"Speaking to cheering supporters early Wednesday morning at his victory party in New York City, the Republican candidate and now president-elect said Clinton called to congratulate him, and Fox News confirms she has conceded. Despite their hard-fought campaign, Trump praised Clinton for her service and said 'it is time for us to come together as one united people.'

'I will be president for all Americans,' Trump vowed, after a brief introduction by running mate Mike Pence."

"Trump was carried to victory by a wave of right-wing populist nationalism, as working- and middle-class white Americans turned out in droves to vote for a candidate who had rejected Republican dogma during an erratic, peculiar campaign. Trump overperformed expectations in nearly every public poll, as well as the internal expectations of both parties."

"'The polls underestimated two forces – one was voter discontent and the other was Republicans’ loyalty to their party’s nominee despite the ambivalence about Trump expressed by GOP leaders,' says Columbia University political science professor Donald P. Green in an email.

The result will be at least four years of a Washington unified under the direction of one party, holding out the prospect of a sharp swerve in the nation’s direction on such core issues as foreign policy, trade, immigration, health care, and the environment."