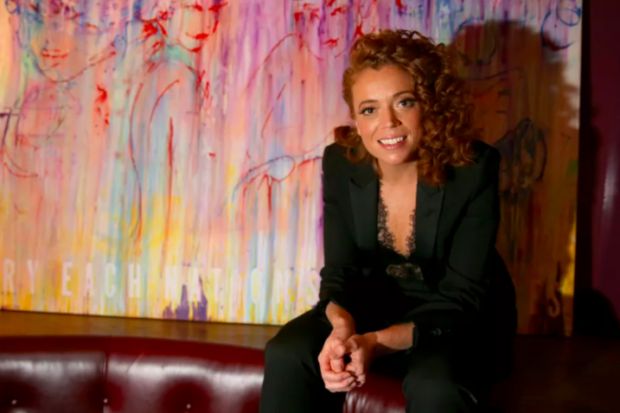 Comedian Michelle Wolf delivered the annual White House Correspondents' Dinner monologue, and reactions were mixed on if the entertainer took things too far. Detractors took issue with her crude jokes which harshly criticized Sarah Sanders and Kellyanne Conway, while supporters argued that such critiques are unfair in the context of the Trump administration.
Take a look at some other big stories this week: What Mueller Wants to Ask Trump, Death of British Toddler Prompts Debate on Socialized Medicine, and Ben Carson Unveils Make Affordable Housing Work Act.
Snippets from the Left
Michelle Wolf’s White House Correspondents’ Dinner routine exposed hypocrisy
Vox
"Michelle Wolf knew exactly what she was doing when she hosted the White House Correspondents’ Dinner. But in scrambling to repair the scorched earth her set left in its wake, the White House Correspondents’ Association has made it clear that it has no idea what it’s doing at all.
...
She not only called out the fact (fact!) that this administration routinely depends on lies to achieve its goals but also pointed out that the media has profited from the seemingly endless supply of scandals Trump’s campaign and presidency hath wrought.
...
It’s telling that the aggrieved journalists who dismissed Wolf’s routine as cruel focused on her complimenting Huckabee Sanders for achieving a “perfect smokey eye” with the ashes of facts rather than her telling the media that “what no one in this room wants to admit is that Trump has helped all of you.” In their haste to condemn Wolf’s set as too harsh, some journalists revealed just how much they want to remain on the administration’s good side — or at least be able to plead objectivity — in order to cover it.
...
So what does the WHCA actually want? Does it want people to speak truth to power, or to feign civility between the free press and an administration that actively fights it? It can’t have it both ways — and so, apparently, it’s chosen the path of least resistance."
Snippets from the Right
The Selective Outrage over Michelle Wolf & Kanye West
National Review
"Conservatives insist, rightly, that Wolf was crude and nasty toward White House press secretary Sarah Huckabee Sanders. Wolf’s liberal defenders, who’d never accept the comedian’s vitriol if it were aimed at one of their own, ludicrously celebrate her courage for speaking truth to power.
Liberals have a better argument when they note that Sanders and her conservative defenders have been, at best, blind to Trump’s even cruder personal attacks on women and others. When Trump says indefensible things, those in his coalition leap to his immediate defense and say, in effect, 'Lighten up, don’t be so sensitive.'
...
What feels different these days is that, more and more, one hears people jettisoning universal norms — free speech, constitutional fidelity, rhetorical decency — in favor of relativistic ones that simply suit the needs of one coalitional identity group or another. Some on the left now denounce free speech solely because it is a threat to their power. Many Trump supporters wave off his rhetorical grotesqueries because “he fights!”
Rather than simple blindness to our hypocritical violations of standards, we’re declaring war on the standards themselves. If this trend continues, we may get less hypocrisy and more open war between coalitions."
Snippets from the Center
Comedian's Sarah Sanders 'roast' stuns White House Correspondents' Dinner
BBC News
"It is an American press tradition that goes back decades: the US president endures a friendly ribbing in front of an audience of journalists, all in the name of charity.
But with Donald Trump skipping the White House Correspondents' Dinner for the second year running, the honour of attending this year went to his press secretary, Sarah Sanders.
...
The comedian caused more controversy with a quip referring to her make-up: "I actually really like Sarah. I think she's very resourceful. But she burns facts and then she uses that ash to create a perfect smokey eye.
...
The row also ignited a debate about freedom of speech. New York Times correspondent Peter Baker suggested comedy was not suitable for a journalism event. But comedian Kathy Griffin said journalism was "all about the 1st amendment" and that Wolf's commentary was vital."
Discover more on this topic on AllSides.
Arts And Entertainment, White House, Story Of The Week, News