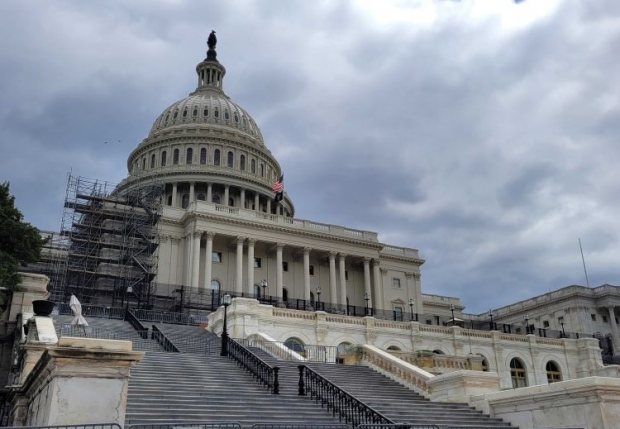 This piece originally appeared on The Fulcrum, which AllSides rates as Center. It was written by Kristin Shiuey, a student at Tufts University and a contributor to The Fulcrum.

The bipartisan committee tasked with recommending how to make Congress more efficient, effective and collegial issued its latest round of unanimous recommendations Tuesday, focusing on oversight, facilities, the legislative process and continuity in times of crisis.

Last week, the Select Committee on the Modernization of Congress met to hear from three witnesses on improving “customer service” in Congress. Ideas presented by the witnesses on how to improve communication between constituents and staffers in order to better serve the American people were incorporated into the recommendations.

“The American people deserve a Congress that works better for them. These bipartisan recommendations work to strengthen some of the House’s most essential functions so representatives can do a better job serving their constituents,” said Democratic Rep. Derek Kilmer, chairman of the committee.

The recommendations passed were broken down into four categories: strengthening congressional oversight, modernizing House office buildings, updating the legislative process and ensuring Congress can continue to operate in an emergency.

“I came to Washington to fix Congress so it can better serve the American people,” said Vice Chair William Timmons, a Republican. “The passage of today’s 29 recommendations will ensure the House can better serve the American people by providing staff with additional tools to strengthen oversight and hold the Executive Branch accountable, equipping support offices with the resources they need to turn the will of the people into law, and giving district offices the additional support and guidance they need to better serve their communities.”

The section on oversight included 14 recommendations to improve access to technological resources for staffers, establish bipartisan support programs, and improve communications and tools for constituent service.

The second category focused on reinventing the House’s workspace to spur greater communication and more efficient workdays. These recommendations include surveying House employees to assess the use of office space, expanding options for meeting spaces, establishing modern ways of communicating during construction, and implementing flexible and modern designs for workplace furniture.

The four proposals in the third category cover updating Congress’ bill tracking system, exempting student loan repayments from maximum compensation, developing a technology solution to automate responses to constituents, and generating other tools to better facilitate legislative drafting between Members and their staff.

The last category embraced an idea to establish a joint committee within Congress to review House and Senate rules and regulations. The committee would be responsible for submitting a report containing approved recommendations to the House. This final recommendation would be a way for a bipartisan committee to keep both the House and Senate accountable and ensure that lawmakers continue to represent the American people even in times of crisis.

Over the course of the 116th and 117th Congresses, the committee has approved 143 other recommendations that have covered issues ranging from streamlining Congress’ bill-writing process to, introducing modern technologies to boosting congressional capacity to reforming the budget and appropriations process. Of the 171 total recommendations, 37 have been fully implemented and 76 that have been partially implemented, according to data shared by the committee.

Previously, the modernization committee has been primarily focused on reforming Congress from within. Last Thursday’s hearing marked one of the few times it has prioritized the relationship between Members and their constituents.

Nearly 80 percent of the public believes Congress is not doing enough to represent constituents. The committee’s work may be a step toward reversing the trend, but the full House needs to approve the proposals before they can be implemented.

The committee’s next hearing will take place July 28. Members will hear testimony on topics that include simplifying the legislative process, improving civic infrastructure, growing the size of the House and extending term lengths. The committee’s final session will be held Sept. 14 and will analyze the status of the recommendations implemented and further discuss ways the committee can help improve and modernize Congress.