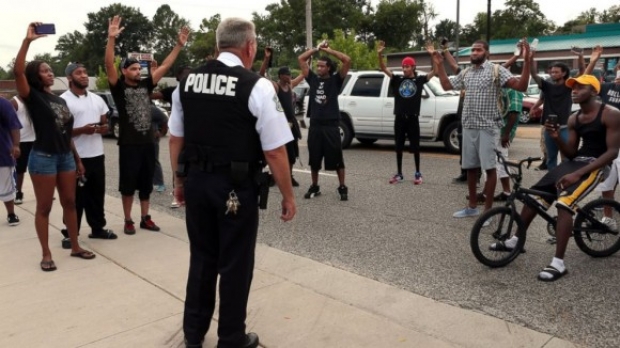 There are two sides to every story. If we only consider the story from one point of view, are we truly thinking for ourselves, or simply being told what to think?

“We tend to choose up sides very quickly…All the liberals line up on one side and all the conservatives line up on the other,” says Larry Sabato, Director of the University of Virginia Center for Politics. But complicated issues deserve more than knee-jerk reactions.

The media can exacerbate this problem. For example, let’s take a news item about Group A. This group has been unjustly oppressed for some time. The authorities have impeded their ability to work and go about their lives, leading to increased poverty. They’re angry and frustrated and don’t know how to fight for their rights. They want to get their message out in a powerful way so they break the law and create havoc to make headlines. Their reaction is wrong but understandable given their circumstances.

Now let’s take another story about Group B. These people are intent on terrorizing and need little excuse to do so. They have no respect for authority and care only about their own issues. They don’t consider how their actions hurt others. They regard themselves as victims but they’re simply ignorant people who have created most of their own problems. There’s no reason why they can’t get ahead under the existing system.

Who fits the bill as Group A or Group B often depends which sources you rely upon for your information. If a news source chooses to ignore the background that’s led up to a complex situation, focuses solely on the faults of the group, or uses charged words and leading language to depict a situation, we run the danger of coming to simplistic conclusions.

Two recent incidents in the news demonstrate this bias well:

1) In an altercation with police, Michael Brown Jr., who is black, was shot and killed by a white Ferguson, MO, police officer. Following a verdict by a St. Louis County grand jury which brought no charges against the officer, the streets of Ferguson erupted in looting and destruction by protesters.

2)  In Oregon, an armed group broke into and overtook the Malheur National Wildlife Refuge, protesting the government’s control of local land. They threatened to use their weapons to defend themselves if authorities tried to force them out.

Which protesters are representative of Group A and which of Group B?

“The problem in Ferguson is not the 53-man police department. The problem is the hoodlum element those Ferguson cops have to police,” said syndicated columnist Patrick Buchanan. He insinuates that black leadership has instigated violence by “pandering” to the community, “denouncing Ferguson cops, but tongue-tied when it comes to denouncing the thuggery of black youth on the streets of Ferguson.”

“Hoodlums” and “thugs”  are charged words. Hoodlums are inherently bad people.The mayhem they create requires strong reaction from police. Thugs need no catalyst to lash out. Any injustice or transgressions against them is irrelevant.

“Who the heck do they think they are?” begins a CNN editorial titled “Oregon building takeover is terrorism.” “They are… flouting federal law, they have a political purpose and they clearly are willing to use violence to get their way. Only the most ardent backers of their causes or those with an anti-federal government paranoia (or an anti-Obama one) are trying to slice and dice what the group is doing to make it seem somehow benign. It is not.”

“Terrorism” and “anti-government” is leading language. Some who refer to the Oregon group as terrorists may not find the term appropriate for the Ferguson rioters, though many in Ferguson were also armed, and went beyond threats to actual robbing and destruction. The term “anti-government” is negative and disapproving. Imagine it applied to everyone who protested against government, such as those who demonstrated against the ban on gay marriage.

In an editorial entitled “Why the Ferguson Riots Were Justified,” St. Louis University professor Dr. Stefan Bradley urges us to consider the bigger picture. “These people will seem crazy…But these people are worse than crazy, they're hopeless at this point. And this is what it looks like when people get to the point of hopelessness."

The Christian Science Monitor depicts the Oregon group as trying to bring to light the plight of poor farmers “languishing under the thumb of federal land managers.” They portray rural farmers as no different than “other groups of marginalized Americans.”

Neither article condones the use of illegal behavior, but when the frustration of protesters is put into context, we have a better understanding of the situation as a whole.

We expect editorials like those above to voice strong opinions. But news articles also employ bias, though in a more subtle way. Reporters have a lot of leverage to influence opinion by choosing who to quote, which facts to include, and which details to focus on in their story. We often acknowledge that the media on the “other side” is biased, but don’t see it when we share the reporter’s opinion.

Fox News points out that “a grand jury of nine whites and three blacks…met for 70 hours and heard from 60 witnesses” in Ferguson. The story quoted prosecuting attorney Bob McCulloch, who stressed that the grand jurors were "the only people who heard every witness... and every piece of evidence… These grand jurors poured their hearts and soul into this process.”

But USA Today chose to quote a different source in their report, a representative from the American Civil Liberties Union of Missouri. He said the decision “does not negate the fact that Michael Brown’s tragic death is part of an alarming national trend of officers using excessive force against people of color, often during routine encounters. Yet in most cases, the officers and police departments are not held accountable.”

According to a CNN story, the leader of the Oregon standoff claimed the Wildlife Refuge has taken over the space of 100 ranches since the early 1900s, resulting in Harney County, OR going from one of the state's wealthiest counties to one of the poorest. But the article ends with this disclaimer: “CNN has not independently corroborated Bundy's claims.” One must wonder, why not? Isn’t that a news organization’s job? This can easily be interpreted to mean his claims aren’t worthy of confirmation.

Plenty of facts can be found from other sources, however. The Christian Science Monitor explains that in the past 50 years, the West’s share of the nation’s low-income population climbed from 11 percent to 23 percent. They quote Catherine McNicol Stock, a Connecticut College historian and author of “Rural Radicals: Righteous Rage in the American Grain,” who says Bundy’s comments are “really the first time [since the Great Depression] where rural people are talking about…their experience of poverty.”

Parts of the story you may not have heard

Depending upon your news source, here are a few things that may not have been pointed out:

The statistics compiled by websites such as Cop Crisis are stunning: the police kill one American every eight hours.  SWAT raids were up 1,400% between 1980-2000. Many in crime-ridden communities who could most use police protection fear cops as much as they do criminals.

"The police have become more militarized," says Radley Balko, Washington Post editor and author of  Rise of the Warrior Cop. “I think is the most pervasive problem is the mindset that police officers take to the job." Black Lives Matter outlines police practices that need reevaluation, such as failing to require officers to intervene and stop excessive force used by other officers.

Many who have peacefully protested police violence and targeting worry that the riots will stoke racial tensions and rob their community of sympathy.  As Time Magazine depicts, “many of Ferguson’s residents see themselves caught between the competing injustice” of militarized police and violent protesters.

In Oregon, the armed  group broke from a larger group peacefully demonstrating against the sentencing of two members of the Hammond ranching family. Federal authorities had charged the Hammonds with arson after they set a series of back burn fires that accidently spread to public land, burning about 127 acres and causing about $1,000 in damage. The federal government used an anti-terrorism statute to overturn lesser sentences imposed by U.S. District Judge Michael Hogan, enacting a mandatory minimum sentence of 5 years to the 73-year-old rancher and his son. Judge Hogan said the five-year sentences “shocked his conscience” and were “grossly disproportionate.” The family had had ongoing disputes with federal land managers for decades.

Phil Lyman is a San Juan County, Utah, county commissioner who was convicted last year for participating in a protest ATV ride through Recapture Canyon. “These [land] agencies have no political accountability and no knowledge about the areas they’re affecting so dramatically,” he says. “They have 100 percent control and zero responsibility. That’s a recipe for disaster.”

Says Rep. Greg Walden (R) of Oregon, who represents Harney County. “When 60, 70 or 80 percent of a county is federally controlled, and the federal policies prevent active management and use of those lands, the result is you have depressed economies, impoverished people, and a lack of hope.”

We need to hear the whole story from multiple sides

The “lack of hope” expressed by the Oregon representative doesn’t sound much different from the “hopelessness” articulated by the St. Louis professor about Ferguson. But how many people will read both these points of view?

The media usually doesn’t make it easy to get a balanced account of a situation. It took a lot of sniffing around to compile the information for this artile. So how does the average person get the full story? Consider bookmarking both liberal and conservative news sources, then compare which stories they’ve chosen to run and how the facts are interpreted. Check into AllSides.com to see articles on the same subject featured side by side.

If we can recognize our inclination to jump to biased conclusions it can diffuse our anger and lead to better communication and reasoning. By trying to understand each other’s motivations rather than impulsively condemn, we can make truly informed decisions.