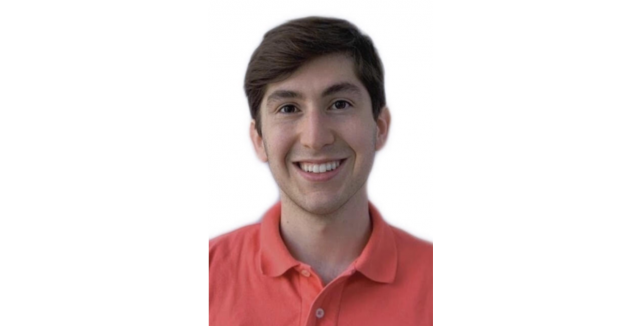 “We are all in this together” was a powerful message that I gleaned from my conversation with Adam Hoffman on the evening of January 6th, mere hours after a mob of Trump supporters stormed our nation’s capital, embodying the dangers of polarization.

When I asked Adam, a Princeton University student and Editor-in-Chief of the Princeton Tory, the campus conservative magazine, about polarization, the day’s shocking events permeated our conversation. Adam responded that polarization was a threat to our democratic republic and that the incident at the capital was “...proof [of the dangers of polarization], if we needed any.”

At the time of my conversation with Adam, he had recently channeled his depolarization efforts towards the realm of formal education, reaching 700,000 students with a curriculum he developed alongside Heterodox Academy and OpenMind.

Heterodox Academy is an organization founded by professors Jonathan Haidt and Chris Martin, and constitutional law scholar Nicholas Rosenkranz to encourage “viewpoint diversity,” and Haidt also co-founded OpenMind as a “psychology-based platform designed to foster intellectual humility, empathy, and mutual understanding across a variety of differences.”

The premise of their curriculum is to combine principles of psychology with civil discourse in order to promote “productive” citizenship. The curriculum covers a variety of psychology and civics topics, including moral foundations, cognitive biases, intellectual humility, communication techniques, roots of politics, and civil discourse, among other topics.

Interestingly, Adam emphasized that the focus of this curriculum is not bipartisanship. Instead, Adam said that the curriculum is focused on promoting the idea of “person before politics,” meaning that “we ought to respect one another as people, and our vision of society… ought not be the determining factor in our judgment of another person.”

Adam’s curriculum has already been approved by the Texas Education Agency. Adam said once he receives feedback from students and teachers using the curriculum in Texas, his goal will be expanding the curriculum to other states. He mentioned that he has spoken to a charter network of schools in Illinois, and he sees religious schools as being possible adopters as well.

But how did a college student develop a curriculum, reaching 700,000 students, alongside famous intellectuals? The answer can be found by looking at Adam’s past expertise in the field of depolarization.

After the divisive 2016 presidential election, Adam saw friendships and “the social fabric of our country” torn apart. Then, Hurricane Harvey struck Adam’s community when it flooded Houston, killing over 100 people and inflicting damage that cost over $100 billion. But in this chaos, Adam saw his community unite in order to rebuild. This cooperation inspired Adam’s passion for depolarization and led him to organize Houston’s Day of Unity during his senior year of high school.

The inaugural Day of Unity occurred in 2018, and several prominent Texas politicians attended the event, including Senator Ted Cruz (R) and Houston Mayor Sylvester Turner (D). Adam’s Day of Unity materials have since been adopted by the Young Republicans and Young Democrats of Texas, and a second Day of Unity was held in 2019. Unfortunately, the 2020 event was canceled due to the pandemic, but Adam hopes that once the pandemic ends, his Day of Unity will spread beyond Houston, encouraging unity in cities across America.

This dedication to depolarization explains why Adam’s answer to my question, “what advice would you give the Biden Administration for encouraging unity,” was that Biden should support free speech initiatives and embrace a rhetoric of unity. In doing so, Biden can enable the expression of varied opinions while also promoting Adam’s message that “we are in this together” regardless of our political beliefs.

Jackson Lanzer is a high school senior and a young professional member of the Los AngelesWorld Affairs Council. He has contributed to contestedpolitics.com and is now writing depolarizing articles. His writing has been referenced in USA Today, and he was previously awarded a regional Scholastic Writing Award for critical essay writing in 2020. Jackson has a Center bias.