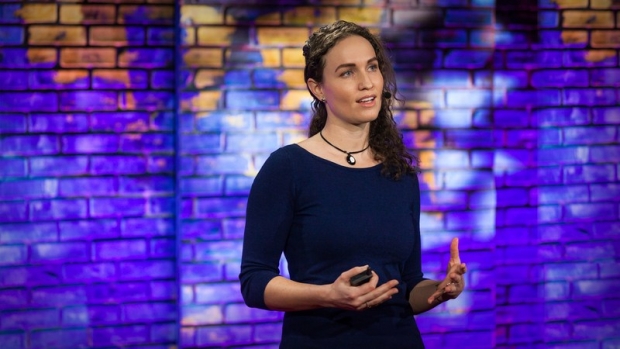 I recently stumbled upon Megan Phelps-Roper’s TED Talk about her contentious exit from the Westboro Baptist Church (WBC). Never one to turn down a good TED Talk, I opened it up and let it play in the background while I continued to sift through my emails. However, it didn’t take long for me to completely shift my attention after I heard the gist: her conviction to leave the WBC stemmed from Twitter, because people were reaching across the aisle and engaging her in honest debate.

Now, I can’t say I’ve seen WBC in person, but they’ve made quite a name for themselves, notoriously picketing funerals with inflammatory signs condemning gay people, Muslims, Jews, and soldiers. The list goes on. They seem to be full of deep hatred for anyone who isn’t a part of the club.

Phelps-Roper was a full-fledged member. Before she left, she constantly pushed the WBC’s incendiary message and even appeared on television alongside her family members. But, as she describes in her TED Talk, she slowly started to see the world through a different lens, thanks to Twitter.

It wasn’t because Twitter users sent her angry messages; that was old news and had been happening for a while. Just the opposite - she “came to” because people treated her with civility. Instead of spewing hatred, they listened to what she had to say. They sought to understand where she was coming from, and, in turn, mapped out the glaring inconsistencies in the WBC’s statements.

In a powerful conclusion, Phelps-Roper notes some disturbing parallels between political rhetoric today and the tactics used by the WBC - a strong indictment on how polarized a society we’ve become. And, in turn, she outlines a four pronged approach for engaging in more civil discourse:

The talk really struck a chord with me. When I was a student at the University of Virginia, groups would periodically show up on campus, vociferously preaching messages similar to those of the WBC. Typically, a crowd of students would gather around and shout back at them. Although I never participated, on several occasions I found myself gawking at the spectacle for a few minutes on my way to class.

When I would pass back by on my return journey an hour or two later, the mood was always distinctly different. The fiery crowd had usually dissipated, and instead a few students remained, engaging in calm, civil conversation with members of the church. Sometimes I would stop and watch them for a few minutes too. I even caught some  of my peers laughing and joking with the church members, a stark departure from the earlier scene. It certainly wasn’t as salacious, and, to be frank, it was much less interesting to watch.

But perhaps it was more important.

It was important that the students took the time to listen to what these visitors had to say, regardless of their fundamental differences.

It was important that the members of the church put their shouting on hold, and instead expressed their views in a civil, honest manner.

It is important for people like Megan Phelps-Roper to stand in front of a crowd and say that civil discourse is not only possible, but vital to our society.

But most of all, it is important for us all to strive to advance our public discourse by taking small steps to improve how we communicate with each other. Maybe civil discourse in schools and teaching our students how to have respectful conversations is the best place to start. It won’t happen overnight, but Megan Phelps-Roper serves as a pretty compelling example that it is indeed possible.