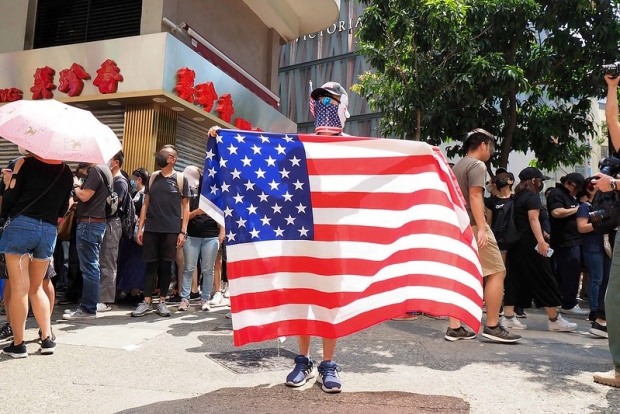 This piece appeared on The Fulcrum, which AllSides rates as Center. It was written by Debilyn Molineaux, the President and CEO of the Bridge Alliance and co-founder of the National Conversations Project and Living Room Conversations. She is rated as Lean Left.

Conflict resolution, mediation and peacebuilding are established communities of work steeped in and supported by research. Bridging divides, or “bridging” as it is being called today, is a younger cousin that developed from the dialogue and deliberation community. In the D&D world, it is largely practiced as multi-stakeholder engagement in local communities – although it is practiced at national and global levels, too.

Bridging conversations are beginning to have a bigger impact on the effort to decrease toxic polarization. But back In 2002, the National Coalition for Dialogue and Deliberation formed and began to gather practitioners into a community to share best practices. NCDD is still thriving, and contributed to the beginnings of Bridge Alliance (an alliance of organizations devoted to improving healthy self-governance from local to federal levels) as well as contributing to the ethos behind the bridging community for cross-partisan conversations.

Bridging practitioners are planning a movement: to mainstream the demand for high-quality conversations and relationships via improved skill sets like open-mindedness, deep listening and better understanding of our differences to act on our commonalities. This in turn will support other movements to improve our ability to self-govern as citizens.

The hypothesis of the bridging divides community is that healthy relationships between everyday diverse people will build our resilience as a nation. In short, there is a strong belief that bridging conversations, where people discuss sensitive issues, some political, will help decrease toxic polarization and build demand for more reasonable people in elected and appointed offices. This has yet to be proven, and may rely on (re)establishing our faith and our collective choice to strengthen the democratic republic in which we live.

Within the bridging divides community, the underlying assumption in the hypothesis is that the United States’ democratic republic is stable, and better skills will help us navigate through conflict in a healthier way.

I’m more confident today than I was pre-midterm election that this assumption is correct. When democracy is threatened (and ours was rated “democracy in decline” in 2021 by a Swedish think tank, scoring 82/100 by Freedom House in 2022), it leads us to an interesting intersection of the bridging divides field and the authoritarian scholarship field.

While there has been nascent research around the effectiveness of bridging divides, there is a larger and growing body of research around authoritarian scholarship and efforts to promote democratic values around the world. In short, many people in the Bridge Alliance coalition are working on pro-democracy efforts to defend and protect our republic through electoral reforms and bipartisan policies. And other coalition members, like bridgers, are working to make self-governance more effective, supporting pro-democracy efforts through lowered resistance to reform.

Pro-democracy and anti-authoritarian efforts start with a different hypothesis: that democracy is fragile and must be strengthened through systemic change, socioeconomic policies and electoral reforms.

My colleague, Julia Roig, noted in an email recently:

I’ve learned that the focus on individual psychology is actually controversial in the field of authoritarian scholarship. Some would point to socio-economic-political factors as the most prominent underpinning of support for authoritarianism and they also point to the phenomena of inducing defections from the pillars that support an authoritarian system. This happens when so much economic and social pressure is exerted that it’s not in people’s self interest to support the authoritarian regime any more. So the idea is that people’s support for anti-democratic behavior is much more malleable than generally assumed. Another example, in post-Nazi Germany or post-Pinochet Chile previous supporters of a repressive regime will say afterwards that they were never real supporters and seem to shift to pro-democracy once the political winds changed.

This is the emphasis behind pro-democracy and anti-authoritarian work – to reform the system itself so that democracy provides better living standards and opportunities than authoritarian regimes.