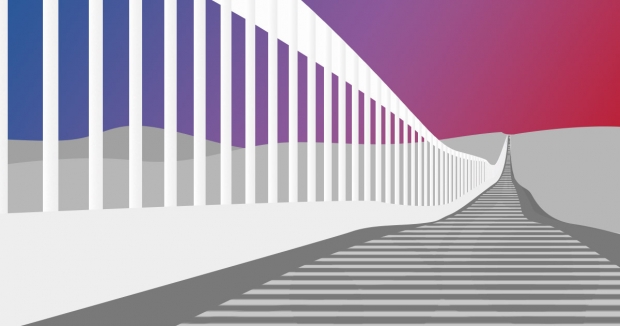 What phrases have you seen journalists use to describe people who come to the United States illegally?

“Undocumented immigrants” has become a common way to refer to these individuals in media coverage, especially among left- and center-rated outlets, but also in news media throughout the political spectrum. “Illegal immigrants” is also used, more often in coverage from right-rated news sources.

Both terms mean the same thing, and the definition is likely clear to many. But the AllSides editorial team has identified technical issues with each:

Undocumented Immigrant: This terminology is overly vague. It doesn’t clearly convey the illegal nature of the act in question.

Some would argue that the phrase “undocumented immigrant” is the better and more accurate choice. They might say the term reduces negative stigma around these individuals while still addressing the illegality of their actions.

Illegal Immigrant: This terminology is technically imprecise because individuals themselves cannot be “illegal,” though their actions may be.

Some would argue that the phrase “illegal immigrant” is the better and more accurate choice. They might say avoiding the word “illegal” unjustly minimizes the illegality of the action. (See our Red Blue Dictionary definition of illegal immigrant to understand the arguments for or against the term on different sides.)

AllSides news primarily consists of curation, but we also write summaries and conduct original journalism as part of our work. Going forward, our staff writings and news summaries will refer to people who are in the U.S. illegally as “unauthorized immigrants.” This terminology accurately captures the unlawful nature of the action, avoids the vagueness of “undocumented,” and is more accurate and appropriate than “illegal.” Writers on our Perspectives Blog remain free to use the terminology they choose, which may differ from “unauthorized.”

Accuracy and empathy are crucial when covering illegal immigration; the issue is closely tied to the law, human rights, commerce, public health and other sectors and areas of concern. Abiding by traditional journalistic ethics was front of mind for us in reaching this decision.

In addition to us, NPR (AllSides media bias rating of Center) and Wall Street Journal (Center) are two other outlets that use “unauthorized immigrants” in content about illegal immigration.

Amid inconsistency between news sources, The Associated Press Stylebook changed its rules in 2013 to discourage use of “illegal immigrant.” The 2019 edition of the AP Stylebook, used as the official style guide at many news outlets, also advocates against using “undocumented.” However, recent AP news stories use “undocumented,” so AP’s guidelines may have again shifted. (AP’s Politics section has a Lean Left bias, its world and general news has a Center bias.)

In short, it’s no wonder the terminology differs from outlet to outlet. And when news sources are using different sets of standards, there are more opportunities for readers to become confused or misinformed.