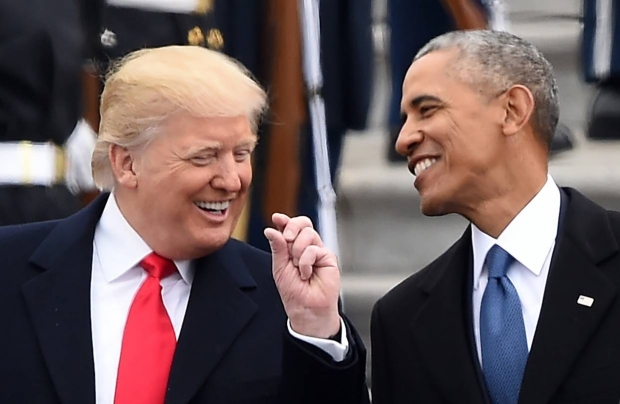 The Story: With the release of the May jobs report, most publications across the aisle found a rare area of agreement. The numbers, they said, were inherently positive. But opinions decidedly diverge over how long the party will last, and which leader (Trump or Obama?) deserves the credit.

The Questions: How good is the economy actually doing, and who gets acknowledgement for any success?

Takes from the Left:

Many on the Left argue that the numbers are false positives, masking real economic problems and creating a superficial sense of security. Others admit that the economy is in good shape, but say that Trump is riding a smooth course paved by former President Obama.

Why Trump is wrong about the 'greatest economy' in history

“Since Trump is claiming historical superiority, we’ll tell you exactly where he stands, because we measure the Trump economy relative to prior presidents going back to Richard Nixon in the 1970s, at the same point in their first term. Here’s a breakdown:

Total employment: Trump ranks 3rd highest among seven presidents on overall job creation, going back to Nixon. Job creation was stronger under Jimmy Carter and Bill Clinton at the same point in their presidencies.

Manufacturing employment: Trump ranks second in the number of manufacturing jobs created since he became president, trailing only Carter. This is his highest mark.

Exports: This data only goes back to 1992, but since then, Trump ranks third out of four presidents, behind Clinton and Barack Obama. This is his lowest mark.

The S&P 500 stock index. Trump is third again. Stocks did better under Obama and George H.W. Bush during their first 16 months.

Real GDP per capita. Third again, behind Carter and Clinton once more.

’These solid numbers look increasingly illusory,’ Bernard Baumohl, chief global economist of the Economic Outlook Group, wrote in a recent note to clients. ‘A healthy economy does not generate historic deficits.’ He places the odds of a recession in 2019 at 55%. That’s a reminder that you only know how strong or weak the economy is with a few years of hindsight.”

“Strength No. 1 is the job market, specifically the increase in jobs and the commensurate decline in unemployment. That Trump inherited this trend is beyond question. I extrapolated the trend in unemployment from its peak in early 2010 to the end of 2016, and then kept that same linear trend going through January 2017, when Trump took office, until now. The result is a jobless rate of 3.6 percent, almost exactly the current rate (3.8). Same for African Americans.

So, team Trump has every right to tout these trends, but there’s not a shred of evidence they have contributed to them. Still, they haven’t messed them up . . . yet.”

Takes from the Right:

Right-leaning publications celebrated the economic growth as irrefutable proof that Trump’s leadership style is affecting tangible change, particularly as he has dismantled most of Obama’s economic policies.

“Liberals have opposed virtually every move President Trump has taken on the economy, which makes it inconvenient for them that economic conditions are so universally positive. It is hard to find a single indicator that isn’t pointed in a bullish direction. That’s why the left is now forced to argue that Mr. Trump’s economic success is really the continuation of a trend that began under President Obama.

Is it true? Yes, but not in the way Mr. Obama and the Trump haters think. As advisers during the 2016 campaign, the two of us told Mr. Trump over and over that he could get America back on a path of 3% to 4% annual growth. After seven years of the weakest recovery since the Great Depression, we felt confident that simply turning the policy dials from antibusiness to pro-business would have an enormously stimulative effect. Mr. Trump agreed—and that’s precisely what he has done as president.

Mr. Obama might be justified in taking credit for today’s economy if his successor had adopted and carried on his policies. Instead, Mr. Trump has reversed nearly every Obama rule, edict and law that he can legally overturn. At its core, the Trump economic strategy wasn’t complicated: systematically repeal Mr. Obama’s “accomplishments”—the tax increases, the regulatory blitz on business, the welfare expansions, the war on American fossil fuels, and so on. As a result, the economy would pop like a cork pulled from a shaken champagne bottle.”

“These showed the nationwide unemployment rate falling to 3.8 percent. If it improves yet further, it will hit lows not seen since the 1960s. The unemployment rate among black people fell to 5.9 percent, an all-time low, which makes one wonder how many African-American voters might think twice about voting against the incumbent Republicans in the midterm elections. The Hispanic or Latino unemployment rate ticked up a tenth of a point, but remains below 5 percent. Before President Trump took office, that stat could only be said of one month since the statistics bureau began tracking it in the 1970s.

The good news is not confined to the fact that there is an abundance of jobs. Wages are rising, too. For the first time since the National Federation of Independent Business began surveying about wages in 1986, 35 percent of small business owners increased compensation last month.

Remember, the day after Trump won the 2016 election, stocks in the Dow, Nasdaq, and S&P 500 each gained more than a full percentage point in value. That wasn’t because Obama announced any new policies. It was because investors knew the incoming government would be better for economic confidence and wealth creation than the outgoing one. Markets adjusted to the fact that Republicans would increase economic confidence and unleash entrepreneurs to do what they do best — grow the economy, create jobs, and improve productivity.”