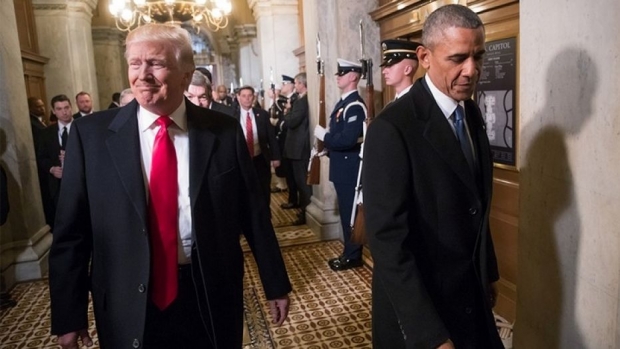 Facebook is under widespread criticism after it was revealed that a political analysis firm was able to harvest personal information from millions of users without their permission. The company, Cambridge Analytica, was employed by President Trump's campaign, and the data was utilized to design targeted advertisements. Some on the Left have condemned Trump for violating user privacy, while many on the Right argue that Obama engaged in the same practice during his 2012 campaign, although at the time it was permitted by Facebook's privacy rules.
Take a look at some other big stories this week: President Trump Unveils Plan to Address Opioid Crisis, Jeff Sessions Fires Ex-FBI Deputy Director Andrew McCabe, and DeVos Commission to Reconsider Obama-era Disciplinary Guidelines for Minority Students.
Snippets from the Right
Liberal media didn’t think data mining was so bad when Obama’s campaign did it
Fox News
"The left is outraged that President Trump’s campaign used data mining to win the 2016 election – but neither the media nor Democrats seemed to mind when President Obama’s team did the same thing.
...
Obama’s campaign built a database of every American voter using the same Facebook developer tool used by Cambridge, known as the social graph API, according to the Washington Post. This technology allowed the Obama campaign to access information of voters to figure out 'which people would be most likely to influence other people in their network to vote,' according to the paper.
'Facebook was surprised we were able to suck out the whole social graph, but they didn’t stop us once they realized that was what we were doing,' ex-Obama campaign staffer Carol Davidsen tweeted on Sunday from her verified account.
Davidsen said that Facebook was candid and revealed that the company allowed the Obama campaign to do things it wouldn’t have allowed someone from the opposing side to get away with."
Snippets from the Left
How Trump Consultants Exploited the Facebook Data of Millions
The New York Times
"So the firm harvested private information from the Facebook profiles of more than 50 million users without their permission, according to former Cambridge employees, associates and documents, making it one of the largest data leaks in the social network’s history. The breach allowed the company to exploit the private social media activity of a huge swath of the American electorate, developing techniques that underpinned its work on President Trump’s campaign in 2016.
...
And the Justice Department’s special counsel, Robert S. Mueller III, has demanded the emails of Cambridge Analytica employees who worked for the Trump team as part of his investigation into Russian interference in the election.
While the substance of Mr. Mueller’s interest is a closely guarded secret, documents viewed by The Times indicate that the firm’s British affiliate claims to have worked in Russia and Ukraine. And the WikiLeaks founder, Julian Assange, disclosed in October that Mr. Nix had reached out to him during the campaign in hopes of obtaining private emails belonging to Mr. Trump’s Democratic opponent, Hillary Clinton.
The documents also raise new questions about Facebook, which is already grappling with intense criticism over the spread of Russian propaganda and fake news. The data Cambridge collected from profiles, a portion of which was viewed by The Times, included details on users’ identities, friend networks and “likes.” Only a tiny fraction of the users had agreed to release their information to a third party."
Snippets from the Center
FTC Probing Facebook Over Data Use by Cambridge Analytica
Wall Street Journal
"The Federal Trade Commission is investigating Facebook Inc. over the use of personal data by an analytics firm tied to President Donald Trump’s campaign, a person familiar with the matter said.
The FTC is probing whether Facebook violated terms of an earlier consent decree when data of up to 50 million of its users was transferred to Cambridge Analytica, this person said. Under the decree, approved in 2012, Facebook agreed to get user consent for collecting personal data and sharing it with others.
If the FTC finds that Facebook violated the decree, the firm could face millions of dollars in fines as well as harm to its reputation with users."
Discover more on this topic on AllSides.
Technology, Facebook, Media Bias, Story Of The Week, News