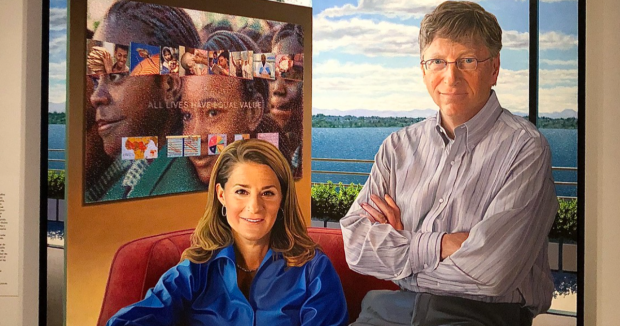 In the current media environment where bitter social media mobs, desperate-for-clicks news outlets and holier-than-thou pundits pile on to criticize and make fun of the Gates, let me take a different stance.

Bill and Melinda Gates appear to be divorcing after 27 years of marriage. Divorces are generally very difficult and personal, and it can only be worse if it becomes a public media frenzy. Just because people are famous or wealthy does not mean that they don’t have feelings and should not be treated with humanity.

Most Americans are far more compassionate and empathetic than what we see on TV or online.

Don’t let the dispassionate media frenzy fool you. Twitter may be rocking with cruel jokes and worse, but they trend younger, more left, and do not represent America. 80% of tweets come from a small 10% minority of users. With only in five American adults using Twitter at all, that’s only about 2% of Americans that generate the noise and trends on Twitter.

News media and talk shows do us all a disservice by focusing too much on Twitter. Don’t let them fool you.

Many, many people around the world owe both Melinda and Bill thanks and gratitude. The Bill and Melinda Gates Foundation is the largest private foundation in the world with over $46 billion in assets. It’s initiatives have worked on a global scale to address education, poverty and the environment.

The positive impact that Microsoft has had on the world is arguably much greater than the foundation. Though it is fair to criticize the company on many fronts, Microsoft’s operating systems, office suite and other products and services have helped radically change the entire, tech-enabled world, empowering billions of people.

I also owe them a more personal thanks.

Melinda French (as she was known then), first interviewed and recommended me to work at Microsoft in 1993. I’ve never been more impressed with anyone on either side of the table in an interview. Her questions were brilliant, and I was so impressed with her that I jumped at the chance to work there. This was my first technology job, and it let me join the original Microsoft Office team.

Even though I did not work for her, I will remain eternally grateful. I left there after 2-3 years (it seemed way too big of a corporation for me, and that was almost 30 years ago) after making some great friends and learning so much. That started me on the path to become a team leader for Netscape Navigator (the first widely popular web browser), start and sell my own technology company and eventually co-found AllSides.

There was one time I doubted Melinda. When she was interviewing me, she asked me a tough strategic question. After I answered it, she said that she had been talking with Bill the other day and he thought the same thing. At the time, I thought she was name-dropping and lying – there was no way she had talked with Bill Gates, the CEO of Microsoft and super-hero in my mind.

That summer, they announced that they were engaged to get married. Turns out that the one time I doubted her, I was 100% wrong.

So if you find yourself caught up in the cynical jokes or memes online, or the pile on against anyone with wealth or celebrity status, take a pause. Consider these fellow human beings, imperfect as we all are, who have worked so long and so hard benefiting the entire planet.

While it is tempting (and perhaps good) to criticize the all-too-often cruel and unsympathetic actions of the media, politicians, and many others, let’s start at the most important place. Let’s each of us take time to feel and share a little bit of empathy for each other, whether or not they are public figures, strangers on the street, or people we see everyday. A little bit of empathy and understanding can change everything.

John Gable is the CEO and co-founder of AllSides. He has a Lean Right bias.

This piece was reviewed by managing editor Henry A. Brechter (Center bias).