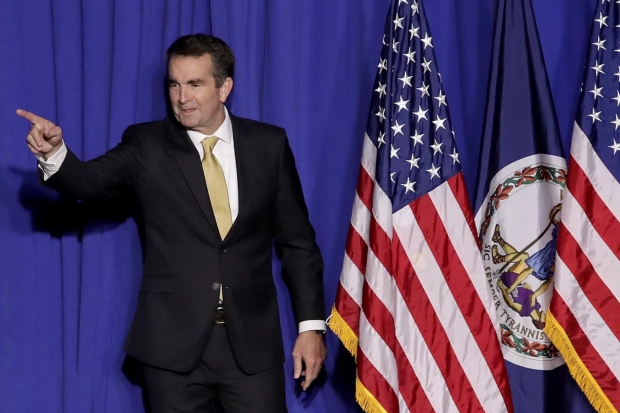 Democrats won key races Tuesday night in New Jersey and Virginia, including the Governor in both states. Since then, the party has quickly turned their sights towards the 2018 Midterms. There is hope among some on the Left that this is the first "wave" of the "resistance" against President Trump's policies, while others are cautious about over interpreting the results and celebrating too much. Many on the Right feel that the results don't mean much since Virginia already has a Democratic Governor and that New Jersey is heavily blue.
Other news from AllSides:
Snippets from the Center
Democrats expand House map after election victories
The Hill
"The Democratic Congressional Campaign Committee (DCCC) on Thursday released a list of 91 total House districts it plans to target in next year’s midterm elections. Democrats need to win 24 seats to win back the House.
...
The widespread Democratic victories in Virginia, New Jersey, Washington state and elsewhere on Tuesday night have given momentum to a party left deep in the minority after President Trump’s unexpected win in 2016.
Polls leading up to Tuesday’s elections had suggested the race for Virginia governor would be competitive, with Democrat Ralph Northam holding a narrow lead. But Northam ultimately defeated Republican Ed Gillespie, who had echoed Trump’s culture war appeals in his campaign ads, by 9 points due to a surge in Democratic turnout."
Snippets from the Left
Don’t overinterpret Tuesday’s election
Vox
"But there’s a danger for Trump opponents in overinterpreting Tuesday’s result. Elections also have concrete implications that deserve attention. And any analysis of off-year contests should involve careful thinking about the relationship between national and state/local politics.
...
It would be a big mistake for hopeful Democrats to assume that Ralph Northam’s victory in the Virginia gubernatorial contest is the opposite. Attributing even a more robust margin like Northam’s to a deep and enduring shift in the values of the electorate is where serious mandate errors come from. In other words, voters are rarely eager to hand the president’s party more power at this point, and Trump’s unpopular agenda means they’re even less likely to do that at this point. But Tuesday’snumbers don’t mean we’re suddenly living in a different country than we were a year ago."
Snippets from the Right
Virginia Reel: The GOP Is Dazed after Gillespie’s Rout
National Review
"President Trump’s whole administration has been an affront to the Beltway, in all its conventional wisdom. On Tuesday’s elections in Virginia, the Beltway struck back. Hard. The swing away from the GOP in suburbs (especially in wealthy North Virginia counties) destroyed the electoral hopes of Republican candidates statewide.
In many ways, Virginia was the perfect staging ground for a backlash against the president. The upper portion of the state is dominated by the wealthy suburbs that have become increasingly skeptical of a Trumpian GOP, and the D.C. area is one of the central nodes of the anti-Trump 'resistance,' left and right, much of which burns with a fervid desire to destroy Donald Trump and all his supposed 'enablers.'"
Discover more on this topic on AllSides.
News, Story Of The Week, Democratic Party, Virginia, New Jersey