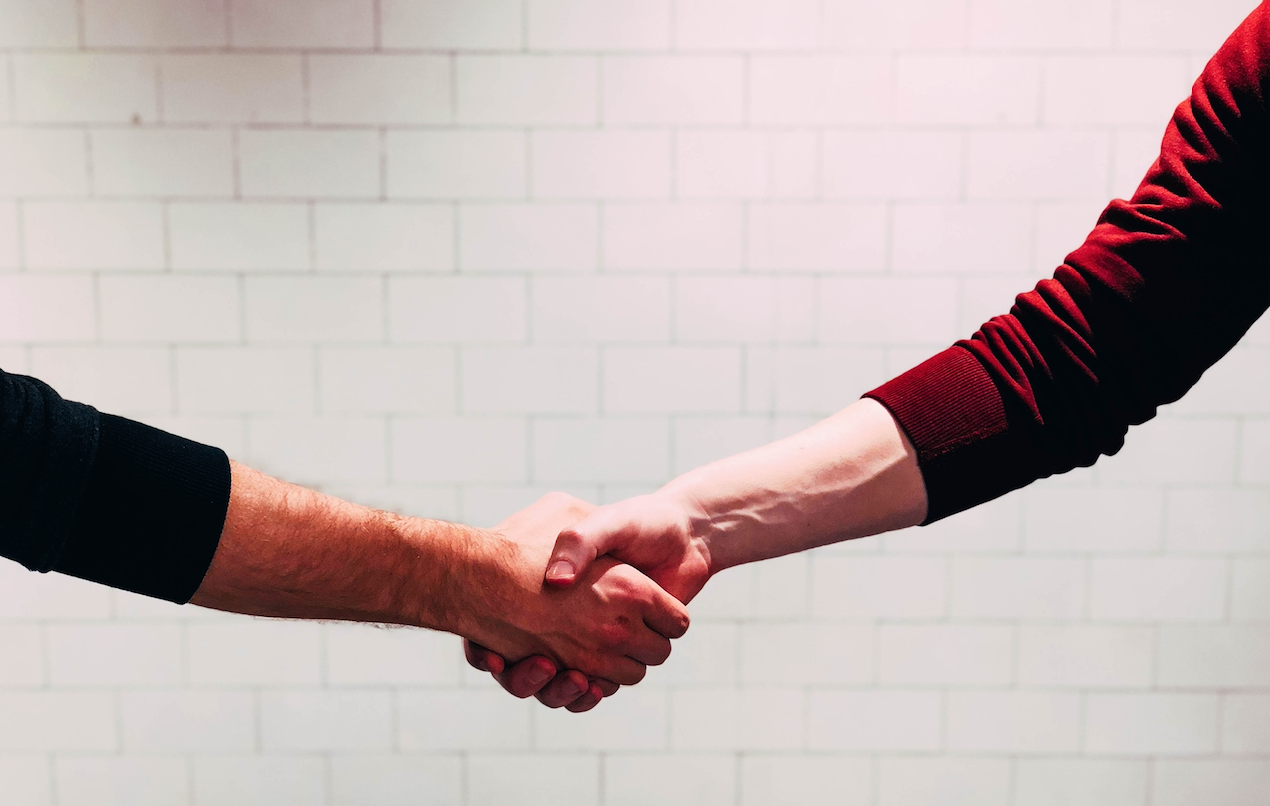 My name is Jeremy Garson and I am a recovering partisan. For years I had a reflexive need to defend anything and everything “my party” (the Democratic Party) said and did. I would forgo critical thinking when I saw a “D” or “R” attached to news and assume that “my side” was right and “the other side” was wrong. Even worse, my intellectual surrender affected my personal interactions; I was an amateur spin doctor even with my closest friends. I was completed addicted to the “us vs. them” construct that plagues modern day politics.

My recent conversion to nonpartisanship wasn’t born out of thin air. I’ve always had a small voice in my head pushing me to be more independent-minded. This independent voice is best demonstrated in my relationships. Throughout the years, I’ve had a strong tendency to befriend people with different political viewpoints. In fact, this progressive will have a libertarian standing by his side as he gets married this Fall.

Nonetheless, it was only recently that I decided to truly listen to and empower this voice. It started with the election of Donald Trump. Up until that point I thought I had a strong grasp on politics in America, and I had decided that -- while flawed -- the current system had enough upside that it made sense to seek change within the system. The 2016 election upended that mindset, and its aftermath has shaken me to the core. I no longer feel like I have a strong grasp of where the country is headed, nor do I feel like either party has all the answers. Additionally, I have become increasingly worried about the “us vs. them” mentality that has become pervasive throughout the nation. The election put this into sharp focus as counties that were expected to favor Trump came out HEAVILY in his favor and counties that were expected to favor Clinton came out HEAVILY in her favor; it appeared to confirm the idea that there are two different Americas.

These fears and uncertainties left me feeling powerless and confused for most of 2017. In late September 2017, however, I was part of an eye-opening phone call. During that call, David Nevins, President and Co-Founder of Bridge Alliance, gave his elevator speech on his vision of democratic reform to a small group of listeners, including myself. His message clicked; there is no silver bullet for reform, we have to be big and bold if we’re going to revitalize and reform our democracy, and -- most importantly -- no ideological group (progressives, libertarians, conservatives, etc.) has a monopoly on the truth.

This last point struck me as crucial. As a progressive, I generally identify with the Democrat Party. However, that does not mean that it is in my self-interest to walk in lock-step with the Party. There are two reasons for this. First, the Democratic Party doesn’t represent my point of view on all issues, or even all important issues. More significantly, however, the Democratic Party cannot govern the country by itself.

What I mean by this is that we are a country of liberals, conservatives, libertarians, senior citizens, farmers, feminists, immigrants, gun-owners, etc. There is no set of beliefs / policies that work for everybody equally, and when we try to govern as if there is, there is inevitably a backlash. We saw that in 2010 after Democrats pushed through Obamacare along party lines, and we saw that in 2018 with Republicans taking a similar approach to tax reform and other issues.

With that in mind, even assuming that one group is always right, asserting that group’s vision of reform over the nation during windows of united government is not a workable, long-term strategy. But I don’t think that one group is always right. Instead, I think that good ideas come from all parts of the political spectrum and that getting our country back on track will require input from everybody and a recognition that nonpartisan dealmaking is not just a good thing, but is absolutely essential to our democratic system.

This begs the question though: what exactly does “dealmaking” look like, and what kinds of “deals” are necessary to get us back on track? Honestly, I don’t know. What I think, though, is that that question is answerable if we (1) get people -- including and especially thought leaders -- with different points of view talking to each other and to elected representatives; (2) support candidates who are eager to work across the aisle; and (3) encourage elected officials to engage in honest negotiations. Non-coincidentally, these are three essential components of the Bridge Alliance’s mission and what we are seeking to accomplish through collaboration amongst our members. It’s why we seek organizations that are nonpartisan in both word and deed.

To be clear, I’m not abandoning progressivism. I’m still a liberal at heart, and I have no plans to abandon my belief system. However, my greatest allegiance is to my country. The United States has always been my home and I am committed to its health and prosperity, and that commitment supersedes any individual belief and most certainly supersedes my party membership. And so if you give me the choice between supporting the unilateral implementation of a progressive agenda versus honest dealmaking among our nation’s leaders, I’ll -- hopefully -- take the latter (I’m still recovering).

Aspirationally, the result of that dealmaking will have the best of all ideological worlds and will meet everybody’s goals. Indeed, the Bridge Alliance’s vision is of a transformational process that emphasizes finding creative solutions; not just compromising. My commitment to nonpartisanship, though, is not contingent on achieving that ideal. It would be fantastic to reach such heights, but the primary goal -- the goal we must achieve -- is government for and by all the people, not a government for and by 51% of the people. That must hold true even when the 51% votes with us.

Jeremy Garson is an attorney who is licensed in Maryland and Washington, D.C. He graduated from the University of Michigan Law School in 2014 and, until recently, served as a labor/employment attorney. He previously served as a constituent caseworker handling veterans' affairs and tax casework for a Democratic Congressman. He also worked on a Democratic presidential campaign. He is now dedicated to pushing against the nation's "us vs. them" mentality and promoting understanding among progressives, conservatives, libertarians, and everybody in between. He has a Lean Left bias.