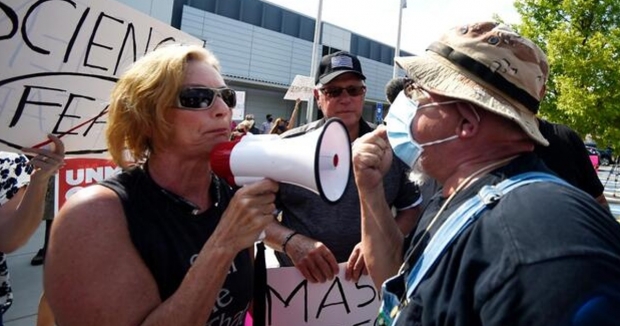 This view is from an author rated as Lean Left.

This piece originally appeared on BraverAngels.org

I’ve got to tell you this story I  just heard last week. It comes from our community and it’s about condescension.

Beth Malow was planning to speak in support of mask mandates at her local school board meeting. A Braver Angel since 2017 and a physician for longer, Beth struggles to balance her dedication to listen to the other side with her dedication to protect public health. She felt pretty good, though, about a part in her prepared remarks where she’d say that “doing the right thing”—wearing a mask—is a “way we can show that we care about each other.”

But then she connected with a woman who doesn’t believe in mask mandates at all.

To back up: Beth found Braver Angels after committing to get out of her echo chamber following the 2016 election. “I wanted to talk with people who voted for the other candidate rather than about them,” she told me. So before she’d advocate for mask mandates at this school board meeting, she knew she needed to talk with someone who advocates against them.

That is how Beth wound up at an Einstein Bagels the day of the meeting, talking with a woman who asked that I keep her identity private. Let’s call her Pauline.

Neither Pauline nor Beth tried to persuade the other on her position. They connected, instead, on three things: the importance of good ventilation in schools; the need for more clear and less confusing communication around the science of COVID; and how critical it is to cross this divide with curiosity and critical thinking.

No minds changed, but hearts did. After their conversation, Beth looked again at the part of her prepared remarks that she’d felt so good about. She knew it wasn’t right.

“It seemed a little condescending to me, because I didn’t want to accuse people who were feeling the science wasn’t there, or that ventilation was more important than masks—I didn’t want to give people the idea that they weren’t good citizens, that they weren’t caring about their community,” she told me last week. “I had kind of made this judgment that if you oppose mask mandates, you’re somehow a bad person.”

So Beth revised her remarks, stepping back from the condescension, not her position, and the school board passed a mask mandate in elementary schools.

But this story doesn’t end there.

You see, this wasn’t just any school board meeting. This was the heated school board meeting in Williamson County, Tennessee, that made national headlines in August when a video showing two protesters harassing a mask advocate went viral. “You can leave freely but we will find you!” one protester yelled.

“Are you OK?” a friend texted Beth the next day. At first, she didn’t know what her friend was talking about. The meeting venue had been so crowded when Beth arrived, and the speaking slots so full, that she’d gone home without delivering her remarks.

Learning what had happened, Beth was very much not OK. The mask advocate who’d been harassed was a physician, too. “That could’ve been me,” Beth said. But there was something else. Watching that video, then watching the community she loved stained in the eyes of the nation by that moment, that condescension, kept her so restless she couldn’t sleep. “It was awful,” she said.

So Beth reached out to Pauline—and ended up finding some comfort. Because even though Pauline was on the protesters’ side of the mask mandates issue, she made it clear to Beth that she condemned that moment just as strongly.

“What are we supposed to be about in America? We didn’t make it this far with this kind of attitude,” Pauline told me, referring both to the protesters who’d harassed the mask advocate and the times when our nation has managed to contend with difference and disagreement to build a better society.

“‘Iron sharpens iron,’ the Bible says. When iron sharpens iron, sparks fly. It hones people to be sharper and better at who they are,” Pauline added. “Everybody has a place. And to demean a person based on a category is kind of sad. That’s the tragedy. Because what richness are you going to lose?”

I had Beth, Pauline, and the temptation to condescend to each other very much on my mind and heart when I joined my colleagues on the latest episode of our Braver Angels Podcast. I found myself speaking with force about how we’re treating each other across the COVID divide, and I think this is why.

It was another in a series of rich cross-partisan conversations that are changing my heart—and leaving me all the more inspired not just by the example of these two Tennessee women, but by everyone across our country who dares to bridge our sharpest differences in pursuit of a braver way.

Monica Guzman is the Director of Digital and Storytelling at Braver Angels. She has a Lean Left bias. 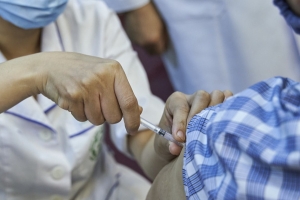 Most Republicans Are Vaccinated 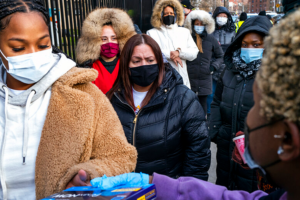 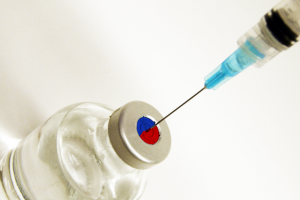 The Politics of Science: Why Are More Democrats Vaccinated Than Republicans? 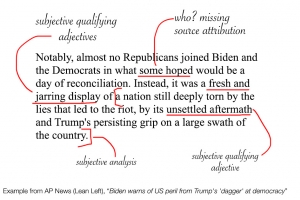 Why It's Important to Notice When Journalists Use Adjectives