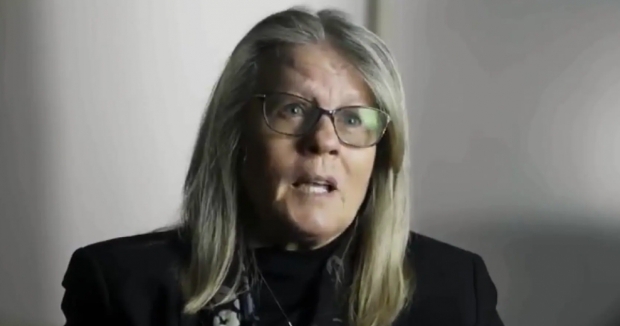 Over the weekend, a clip from a documentary titled “Plandemic” went viral, prompting censorship from YouTube, Facebook and Vimeo, and an onslaught of media coverage that roundly condemned the video as containing misinformation, falsehoods, and conspiracy theories. The clip is still available on sites like bitchute and NewTube.

Should AllSides cover news that is potentially untrue, and if so, how?

AllSides’ aim has always been to empower our readers to think for themselves, providing a more complete picture with perspectives that reach across the spectrum. We clearly have a bias toward free speech and open dialogue, as we describe in our editorial philosophy. We also work to counteract falsehoods, and do not want to support false equivalencies that treat all information as equally credible. In practice, balancing these values can sometimes be challenging.

This past weekend, the ‘Plandemic’ documentary and news coverage tested everyone in the news media industry.

The documentary features an interview with Dr. Judy Mikovits, a former medical researcher who argues that the global COVID-19 coronavirus pandemic is being overhyped to benefit those who stand to gain monetarily from vaccinations. Mikovits states she is not anti-vaccine, but that corruption at high levels of government may spell disaster for humanity; she accuses Dr. Anthony Fauci, director of the National Institute of Allergies and Infectious Diseases (NIAID), of past wrongdoing and of disseminating propaganda. ‘Plandemic’ also includes clips from doctors who claim they are being pressured to over-report COVID-19 deaths and who take issue with directives to shelter in place or engage in excessive cleaning and handwashing, saying it lowers immune systems.

Mikovits has been involved in controversies, including a paper she co-authored in 2009 that was published in and then retracted from the journal Science. In the video, she speaks of charges she faced for allegedly stealing notebooks and a laptop from a laboratory. Mikovits says the allegations, for which she was briefly jailed, were an attempt to silence her.

The ‘Plandemic’ video ignited a firestorm of media reactions and fact checks. Outlets widely condemned the video, with many stating that some of Mikovits’ claims are untrue. Many media outlets labeled the video a conspiracy theory, misinformation, misleading, and/or harmful.

While some on social media and in the news media will rush to cover anything that drives eyeballs or conforms to their agenda, there are several questions that more responsible news media organizations should ask themselves, including:

How AllSides Covered ‘Plandemic’ and Why

AllSides gives readers the opportunity to discover the facts on their own. We will always point out when a majority of journalists appear to agree that something is untrue or wrong; however, we will not prevent readers from getting the information they need to determine themselves what’s true and what’s false. AllSides does not believe in censorship (except in extreme cases such as calls to violence) and we won’t hide controversial claims. That’s why we linked to the ‘Plandemic’ video in this blog and in our headline roundup. We believe that people should have all the information they need to evaluate, research and decide for themselves.

AllSides reflects the news media as it is. While we do editorially emphasize some stories more than others and have our own biases, if something is being widely discussed, it will generally appear on our site.

Some might argue that could be a problem if we are spreading “bad journalism," which might include misinformation or be misleading.

The AllSides approach addresses this. Our system allows media from across the political spectrum to be a check on itself, so lies and misleading claims will ultimately reveal themselves in the back and forth between news media on different sides of the issue.

Censorship, on the other hand, can have negative consequences. Authoritarian regimes often oppose free speech and use censorship to stop dissent and opposition. While this is easy to see in China, Russia, and among dictators, it can also happen in less obvious ways in democracies and freer societies, as we clearly saw in the US in the 1960s. In today’s world, many view political correctness, groupthink on social media and in the mainstream press, some IRS and federal agency actions, and technology algorithms and favoritism as amounting to modern-day censorship that squashes dissent and the free exchange of ideas.

‘Plandemic’ may have become more widely viewed and reported on due to the “Streisand Effect,” a term used to describe a phenomenon in which attempts to suppress or censor something actually cause it to spread further.

When content like this goes viral, we recognize that the majority view can be right or it can be wrong, so it’s important to get different perspectives and use your critical thinking abilities to decide for yourself. AllSides can help readers get a sense of the underlying reality by providing diverse perspectives. In addition, we’re pro-nuance: a single piece of content can contain some claims that are true, and some that are false.

We will not say whether something is true or false if we didn't fact check the claim ourselves. We just started a facts and fact checking portal to help you compare claims against one another and understand the bias of fact checking sites. We may occasionally conduct fact checks ourselves, but for the most part, we provide tools and information to help you get different perspectives, research, see potential bias, think critically, and decide for yourself.

We don’t want to spread misinformation. But if a claim is controversial, we won’t hide it from you or censor it, either. We seek to enlighten and empower you, not manipulate you.