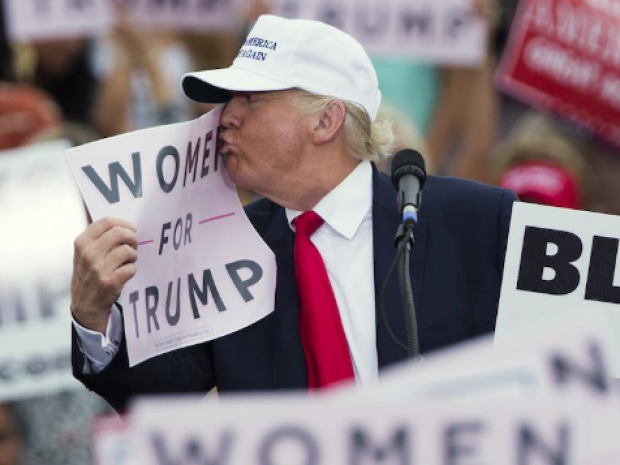 During the second presidential debate, Anderson Cooper asked Donald Trump if he engaged in the sexual assault Trump mentioned in the now infamous "Access Hollywood" tape. Trump responded that he has never assaulted anyone and apologized for what he had said. Yet starting the next day, women, both named and unnamed, have been accusing him of kissing and groping them. Some Trump defenders are questioning the timing and orchestrations of these statements. Keep reading for different perspectives on the latest developments.
Also, our contributions to the Christian Science Monitor continue this week with The Politics of US: Climate Change. Use the AllSides topics page on environment for background, news and dialogs, and check out our new school lesson plan for climate change and environment, our latest addition to AllSides for Schools.
See other news featured by AllSides such as Fact Checking the St. Louis Debate, Trump vs. Ryan - Again, The Republican Inferno and the latest AllSides News.
Snippets from the Right
Out of the Woodwork: After Trump Denies Groping at Debate, Multiple Accusers Go Public
Townhall
"And so here we are. The Republican presidential nominee's campaign is in chaos, fending off allegations from four separate women -- all going public on the same day, 'coincidentally' -- that he fondled, kissed, or groped them without their consent. The alleged incidents date as far back as the 1980's, through as recently as 2013. None of these women went to the authorities at the time, but all have friends or family who confirm that they reported the episodes contemporaneously.
...This brings the total of women accusing Trump of unwanted physical touching to six, by my unofficial count, including another pageant participant ('he kissed me directly on the lips') and a writer for People magazine ('he was pushing me against the wall, and forcing his tongue down my throat'). Besieged by allegations they call untrue, Trump's team is reportedly mulling lawsuits against various media outlets."
Snippets from the Left
Two Women Say Donald Trump Touched Them Inappropriately
New York Times
"Donald J. Trump was emphatic in the second presidential debate: Yes, he had boasted about kissing women without permission and grabbing their genitals. But he had never actually done those things, he said.
'No,' he declared under questioning on Sunday evening, 'I have not.'
At that moment, sitting at home in Manhattan, Jessica Leeds, 74, felt he was lying to her face. 'I wanted to punch the screen,' she said in an interview in her apartment.
...
'He was like an octopus,' she said. 'His hands were everywhere.' She fled to the back of the plane.
'It was an assault,' she said."
Snippets from the Center
Trump reels as more accusers emerge
Politico
"The campaign’s damage control effort has kicked into high gear after more women offered independent allegations that the real estate mogul had groped them or attempted to force himself on them.
...
He went on a rant during an afternoon rally in West Palm Beach, Florida, reading off a teleprompter as he claimed 'these were nothing more than false smears,' 'these claims are all fabricated' and 'these events never, ever happened.'
Trump attacked the integrity of his female accusers, saying 'You take a look at these people … and you’ll understand also.'"
Discover more on this topic on AllSides.
News, Story Of The Week, Donald Trump, Sexual Assault