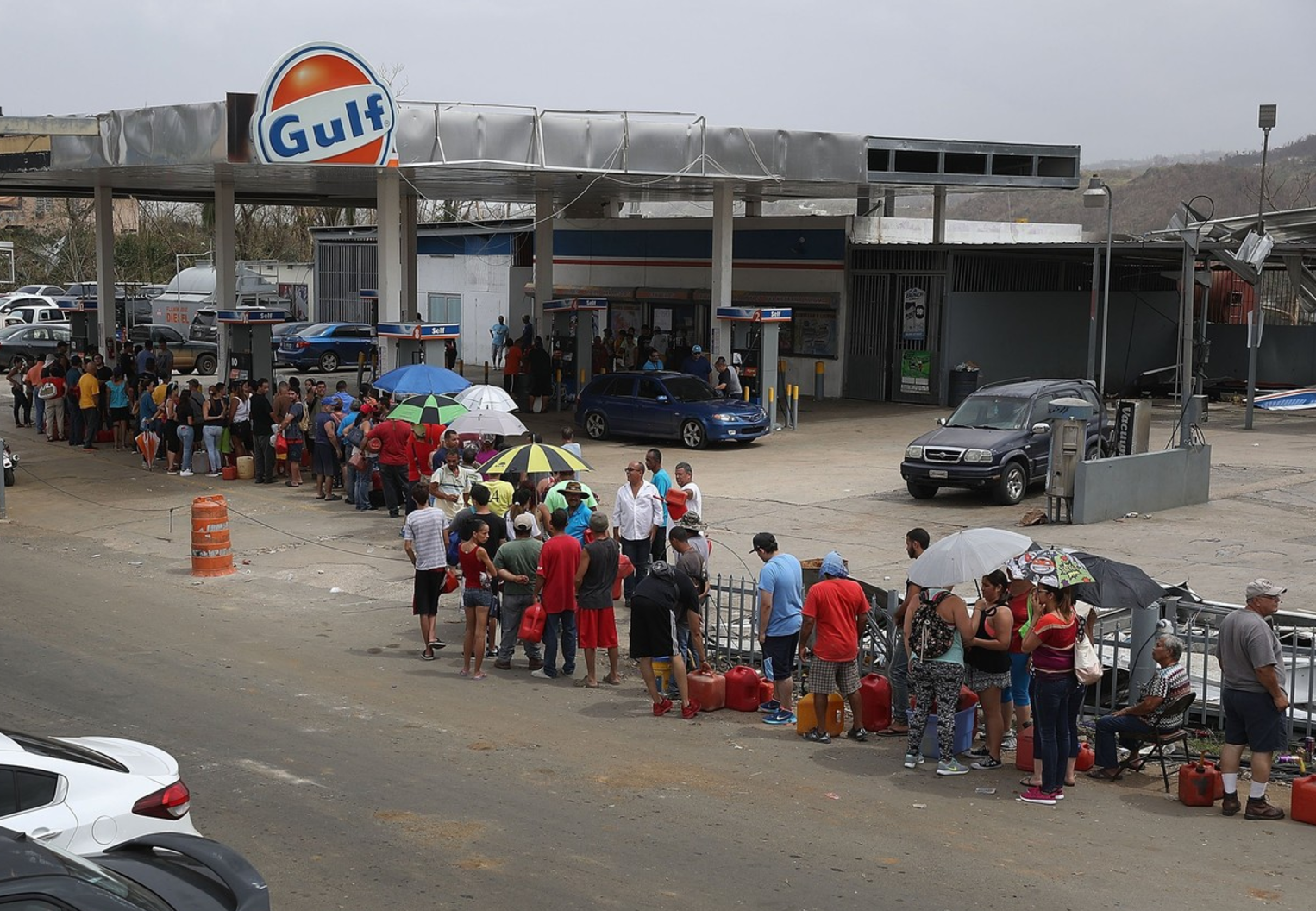 After Hurricane Maria caused catastrophic damage in Puerto Rico last week, President Trump has suspended the Jones Act, making it easier to deliver aid. The badly battered island has been without potable water for a significant percentage of the population and without electricity for the entire country. Lifting the Jones Act temporarily will allow non-U.S. aid to enter the country, which means it will help the people recover more quickly. Initially after Maria hit, the Left was concerned he wouldn't send help at all. A bill has been introduced in the Senate to permanently lift the Jones Act from Puerto Rico, which you can read more about below.
Other news from AllSides:
Snippets from the Center
Homeland Security Grants Jones Act Waiver for Puerto Rico
Wall Street Journal
"On Thursday morning, the Trump administration and DHS announced that a waiver to the Jones Act, which was blocking foreign-flagged vessels from shipping relief supplies to Puerto Rico, had been issued. The reason was “in the interest of the nation’s defense,” according to DHS spokesman David Lapan. Hurricane Maria, a Category 4 storm, ravaged the island last week, destroying its electrical grid and leaving it desperately short of food, clean water and fuel.
The Jones Act waiver, which is good for 10 days, will allow foreign-flagged ships, to bring aid to Puerto Rico from U.S. ports and from foreign ports. Lawmakers from Puerto Rico and the U.S. sought the request because aid can be delivered at a lower cost from other nations."
Snippets from the Left
Trump Waives Jones Act for Puerto Rico, Easing Hurricane Aid Shipments
New York Times
"'It is an act of justice. It will allow Puerto Ricans to rebuild and to have a cost of living that really frankly is affordable,' Carmen Yulín Cruz, the mayor of San Juan, said on CNN on Thursday.
Several members of Congress had requested the waiver earlier in the week, saying it would facilitate delivery of food, medicine, clothing and other supplies to the island, which was devastated by Hurricane Maria.
...
Governor Rosselló said that 689 of Puerto Rico’s 1,100 gas stations were now open, but lines at many still stretch for a quarter-mile and people spend entire days to fill up a few plastic jugs with fuel for their cars or generators. He said that more fuel was arriving, and that officials were working to get truckers to transport fuel and other supplies."
Snippets from the Right
John McCain, Mike Lee introduce bill to permanently exempt Puerto Rico from Jones Act
Washington Examiner
"'While I welcome the Trump administration's Jones Act waiver for Puerto Rico, this short-term, 10-day exemption is insufficient to help the people of Puerto Rico recover and rebuild from Hurricane Maria,' said McCain, R-Ariz. 'Our legislation would permanently exempt Puerto Rico from the Jones Act, an antiquated, protectionist law that has driven up costs and crippled Puerto Rico's economy. For years, I have fought to fully repeal the Jones Act, which has long outlived its purpose to the benefit of special interests. It's time for Congress to take action, end this injustice, and help our fellow citizens in this time of need.'
McCain and Lee, R-Utah, have long called for repeal of the Jones Act, which they view as protectionist and anti-competitive, driving up the costs of fuel and other important supplies such as food, clothing, and medicine."
Discover more on this topic on AllSides.
Tags:
News
Story of the Week
Hurricane Maria
Puerto Rico