The anonymous woman who wrote a confidential letter to Congress accusing Supreme Court nominee Brett Kavanaugh of committing sexual assault while in high school has revealed her identity and published details of the allegations in The Washington Post. 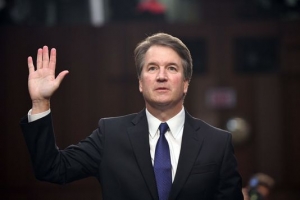 The woman who wrote a confidential letter accusing Supreme Court nominee Brett Kavanaugh of sexually assaulting her when they were in high school says she feared for her life during the attack. 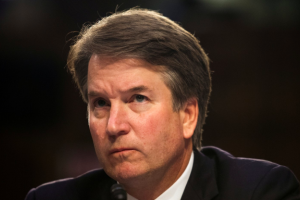 Earlier this summer, Christine Blasey Ford wrote a confidential letter to a senior Democratic lawmaker alleging that Supreme Court nominee Brett M. Kavanaugh sexually assaulted her more than three decades ago, when they were high school students in suburban Maryland.

Read full story
See full media bias rating for Washington Post
From the Right
319
Supreme Court
Hey, Dianne, If Your Secret Letter That Could Clip Kavanaugh Was Serious, Why Did You Wait So Long To Contact The FBI?
Townhall

Senate Democrats know they’re going to be defeated on the Supreme Court nomination of Judge Brett Kavanaugh. The GOP has the votes. They don’t. They can’t block him, partially the reason why the opposition to this nomination, while intense at times, has been lackluster overall. They have little tools to fight with against the Trump White House on judges, which has been pushing through nominees at all levels.