On Tuesday, the White House rescinded an order issued on July 6 that would have required international students to leave the country or transfer if their schools went fully online in the fall. This reversal follows eight federal lawsuits, including a lawsuit from Harvard University and Massachusetts Institute of Technology (MIT), which was publicly backed by more than 200 schools.

Coverage from left-rated outlets tended to focus on international students' reaction to the reversal, while some coverage from some center- and right-rated outlets speculated that since the directive came without any economic or security justification, it could have been an effort to force colleges to open or to boost Trump's popularity with a restrictionist base. 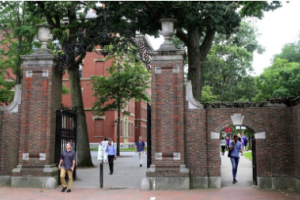 Facing eight federal lawsuits and opposition from hundreds of universities, the Trump administration on Tuesday rescinded a rule that would have required international students to transfer or leave the country if their schools held classes entirely online because of the pandemic.

The decision was announced at the start of a hearing in a federal lawsuit in Boston brought by Harvard University and the Massachusetts Institute of Technology. U.S. District Judge Allison Burroughs said federal immigration authorities agreed to pull the July 6 directive and "return to the status quo."

The White House has rescinded an order that would have revoked visas from foreign students attending college in the U.S. if those institutions opted to go online-only amid the COVID-19 outbreak.

The initial directive, issued July 6, was met with a July 8 lawsuit filed by Harvard University and the Massachusetts Institute of Technology (MIT), which 200 other institutions also publicly backed. Several state attorneys general filed their own lawsuits against the Trump administration over the policy.

Facing fierce opposition, the Trump administration on Tuesday dropped its proposal to bar international students from studying in the United States if all of their classes are taught online amid the coronavirus pandemic.

The swift turnaround by the Department of Homeland Security came during a federal district court hearing about a lawsuit filed by Harvard University and MIT seeking a temporary injunction of the new guidelines. It represents an unusual retreat from an administration that has aggressively sought to curb immigration.

Biden open to breaking his immigration bill into pieces

When President Joe Biden unveiled an immigration bill on the first day in office, he sent a signal to advocates, the Democratic base, and Congress that the...

The caravan hoped for change. But it’s not all up to Biden.

Mexico and Guatemala toughened up border policies under pressure from Donald Trump. But they may have their own reasons to stick with the new status quo. No...

Last Wednesday, President Joe Biden proposed “an immigration bill that would give legal status and a path to citizenship to anyone in the United States before...