Some reports in left-rated sources concentrated on the higher number of DNC viewers. Some coverage from center- and right-rated outlets focused specifically on the C-SPAN numbers, and on the fact that total viewership of the DNC's opening night was down from 2016. Reports on all sides, but especially from right-rated media, also focused on Fox News setting a record for the most-watched opening night coverage of a national party convention in cable news history. 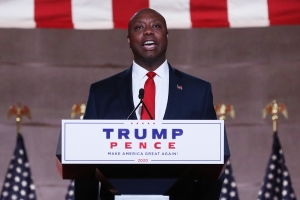 The opening night of the 2020 Republican National Convention blew last week’s Democratic snoozefest out of the water, drawing in six times more viewers on C-SPAN’s livestream.

While the Democratic gathering boasted speeches from big names such as former first lady Michelle Obama, who gave a rousing endorsement of Joe Biden and drew the ire of... 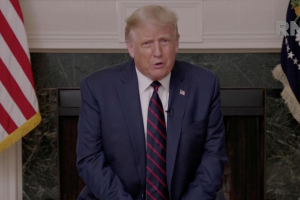 The 17 million RNC number reflects the audience across 11 TV networks between 10 p.m EDT and 11 p.m. EDT and does not include online and streaming viewers. Fox News had the biggest audience, with 7.1 million viewers.

Ratings for the first night of the virtual Democratic National Convention reflected viewers across 10 U.S.... 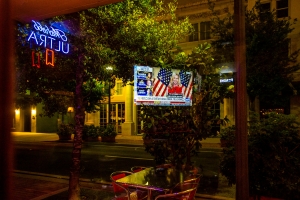 Shortly after the start of the Republican National Convention on Monday, President Trump’s former campaign manager Brad Parscale complained that Fox News had repeatedly cut away.

“Can’t believe I have to watch the convention on @CNN,” Mr. Parscale carped on Twitter. “Unbelievable.”

Plenty of viewers ignored his advice.

A significant portion of the convention’s TV audience on Monday — 42 percent — watched live on Fox News, one of the biggest ratings days in the network’s history, according to Nielsen. Fox News typically leads the pack during a Republican convention,...

The commission that oversees the general election presidential debates said Wednesday it will be making changes to the format of the remaining two debates. One...

Conservative media outlets heavily used Facebook to connect with voters in 2016, helping propel Donald Trump to the presidency. Since then, the right’s command...

There's a dark history behind Trump's threat to send his followers 'into the polls...
ANALYSIS

During the first presidential debate, Donald Trump was asked by moderator Chris Wallace if he would “urge" his followers to remain calm during a prolonged vote...

The commission that oversees US presidential debates says it will change the format to ensure the remaining two encounters between Donald Trump and Joe Biden...

President Donald Trump and former Vice President Joe Biden met on the debate stage for the first time and stretched or mangled facts on several topics:...

GOP lawmakers gloomy, back on defense after debate fiasco

Senate Republicans, who are battling to cling to their fragile majority, were left frustrated and gloomy after Tuesday night’s chaotic debate between President...

Unlike in 2016, the president has lobbed a variety of attacks against his opponent rather than focusing on one argument. President Trump has spent six...

The presidential debate commission is considering giving the moderator the opportunity to cut a candidate’s mic at the next matchup between President Trump and...

The debate? Trump was great, Chris Wallace was a dreadful disgrace
OPINION

Chris Wallace's overt defense of Joe Biden throughout the debate on Tuesday night was so obvious, so blatant, he should be proscribed from ever "moderating" a...