The House of Representatives passed the $1.9 trillion COVID-19 stimulus package, which includes a $15 federal minimum wage mandate, early Saturday morning. House Democrats passed the bill with a 219-212 vote, with two Democrats joining every Republican in voting against it. The bill includes a third round of $1,400 stimulus checks, a $400 weekly unemployment insurance boost through Aug. 29, and $8.5 billion to the Centers for Disease Control and Prevention (CDC) to distribute COVID-19 vaccines. It would also include $350 billion for state and local governments, $130 billion for school reopenings, and an expansion of the child tax credit to $3,000 per child. Though the Senate ruled Thursday that the minimum wage provision was not compliant with Congress' rules governing the budget process, the House bill currently includes the minimum wage mandate. The bill will now move on to the Senate, where the bill will be amended and the Democratic majority will likely face pressure over the minimum wage increase. After that, it will be sent back to the House for approval before unemployment insurance benefits expire on March 14. 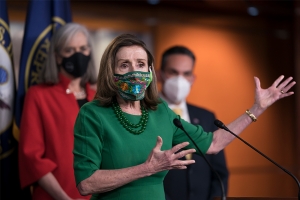 The American Rescue Plan Act passed 219 to 212 just before 2 a.m., garnering not one Republican vote.

Two Democrats, Jared Golden of Maine and Kurt Schrader of Oregon, voted against the measure, which gives $1,400 stimulus checks to adults earning $75,000 or less a year. 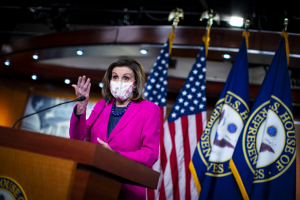 The House approved President Joe Biden’s $1.9 trillion pandemic rescue plan in a 219 to 212 vote early Saturday morning, sending the measure to the Senate as Democrats race to pass it into law before boosted unemployment payments expire next month. 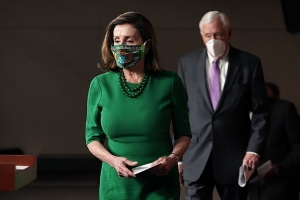 Lawmakers passed the bill 219-212, with two Democrats — Reps. Jared Golden (Maine) and Kurt Schrader (Ore.) — joining all Republicans in voting against it. Democrats could afford up to four defections with their narrow House majority.

The bill's passage comes days after the COVID-19 death toll in the U.S. surpassed 500,000 people. More contagious virus variants remain a threat to containing the pandemic.