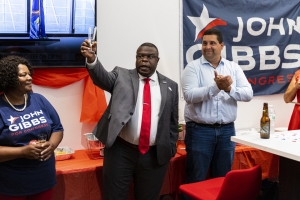 Democrats can see glimmers of new midterm life, after the stunning defeat of an anti-abortion measure in Kansas. Eric Greitens is the big loser in Missouri — which means the Republican Party as a whole won. And in Michigan, Rep. Peter Meijer has conceded in a primary fueled by his vote to impeach former President Donald Trump.

Votes are still being counted in some of the most important races. But as the multi-state primary made its return on Tuesday after a summer hiatus, the shape of the general election landscape...

Five takeaways from primaries in Arizona, Missouri and beyond
The Hill

In Kansas, voters rejected a proposed amendment that would have opened the door for state lawmakers to restrict — or even ban — abortions. Meanwhile, in some hotly contested primaries, Republicans appear poised to break with former President Trump and his candidates of choice.

And in Missouri, a late effort to weaken former Gov. Eric Greitens in the GOP Senate primary proved successful.

Here are five takeaways from the primaries in Arizona, Michigan, Missouri, Kansas and Washington. 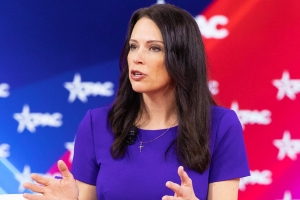 It has been a year and a half since former President Trump left the White House, but the results from the latest round of primaries proves that his immense grip over the Republican Party remains firm.

While the biggest headline from Tuesday’s primaries in five states was the resounding victory in Kansas for abortion rights activists – in the first ballot box test of legalized abortion since the blockbuster June decision by the Supreme Court’s conservative majority to overturn the landmark Roe v. Wade ruling – candidates backed by Trump came out on top...