The Republican Party of Texas — the national GOP’s affiliate in the state — approved a platform on Saturday that disputed the 2020 election and labeled homosexuality an “abnormal lifestyle choice.”

“We reject the certified results of the 2020 Presidential election, and we hold that acting President Joseph Robinette Biden Jr. was not legitimately elected by the people of the United States,” a platform resolution stated. The platform, widely expected to have won a final vote by roughly 5,100 convention delegates, also said the party opposed “all efforts to validate transgender identity.”

The platform included a wide range of other controversial stances, including repealing the 1965 Voting Rights Act, abolishing the Department of Education, eliminating federal income taxes, banning abortion “from the moment of fertilization,” teaching Texas students about “the Humanity of the Preborn Child,” banning sex education in public schools, and calling for a secession referendum. Texas Republicans also formally rebuked 9 of the 10 Republican senators — including their own Sen. John Cornyn (R-Texas) — who were working on bipartisan gun safety legislation. 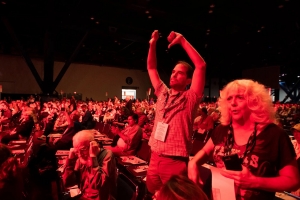 Meeting at their first in-person convention since 2018, Texas Republicans on Saturday acted on a raft of resolutions and proposed platform changes to move their party even further to the right. They approved measures declaring that President Joe Biden “was not legitimately elected” and rebuking Sen. John Cornyn for taking part in bipartisan gun talks. They also voted on a platform that declares homosexuality “an abnormal lifestyle choice” and calls for Texas schoolchildren “to learn about the humanity of the preborn child.”

The actions capped a convention that highlighted how adamantly opposed...

Texas Republicans over the weekend approved a swath of controversial changes to their party’s platform, coming out in full force against LGBT rights and taking a hard right turn on several other issues.

The platform adopted by convention delegates at the conclusion of the party’s 2022 state convention included policy statements calling homosexuality an “abnormal lifestyle choice” and opposing “all efforts to validate transgender identity.”

“We believe there should be no granting of special legal entitlements or creation of special status for homosexual behavior, regardless of state of origin, and we oppose any criminal or...

Read full story
Some content from this outlet may be limited or behind a paywall.
See full media bias rating for Washington Examiner
From the Center
1184
Politics
GOP wants Texans to vote on secession from U.S. — plus 6 other takeaways from the party's convention
San Antonio Express-News 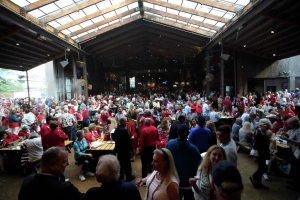 Measures adopted to the party's platform at the convention are not set laws, rather they act as a "mission statement" of sorts for the party over the next two years.

Below is a roundup of the GOP's take on hot-button issues — in their own words — from the official platform document.