In an opinion piece published by the Washington Post (Lean Left bias) on Saturday, a Texas doctor said he recently performed an abortion in violation of the state's new controversial abortion law. Dr. Alan Braid wrote in the column that he “had a duty of care to this patient.” The law prohibits abortions after a fetal heartbeat is detected. Two lawsuits had been filed against Braid as of Tuesday; neither lawsuit is explicitly pro-life, and lawyers have described them as tests of the law's constitutionality. The law allows anyone to sue a doctor or anyone else who aids in the abortion process for damages of up to $10,000. 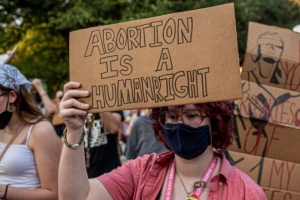 A Texas doctor who admitted to breaking the state's new abortion legislation has been sued, in what could be a test of how lawful the mandate is.

Writing for the Washington Post, Alan Braid said he had carried out a termination on a woman who was in the early stages of her pregnancy but "beyond the state's new limit".

Former lawyers in Arkansas and Illinois filed lawsuits against him on Monday.

The new legislation bans abortions from as early as six weeks into a pregnancy.

The law came into effect... 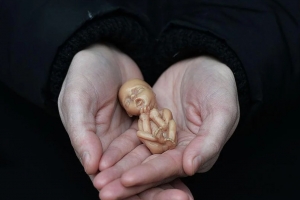 Two people have separately lodged lawsuits against the Texas physician who announced in a recent opinion piece that he violated a state law that prohibits conducting abortion procedures after a fetal heartbeat has been detected.

However, the lawsuits are not being waged by pro-lifers who want to stamp out the practice of abortion. 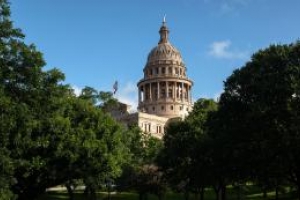 A San Antonio doctor who wrote a Washington Post op-ed claiming that he had violated Texas' six-week abortion ban now faces at least two lawsuits brought against him under the ban, both brought by plaintiffs who say they oppose the new law.

One lawsuit was filed Monday by Oscar Stilley, a former tax attorney in Arkansas who is serving a home confinement sentence for a federal conviction on tax crimes.

He filed the lawsuit against the physician, Dr. Alan Braid, in Bexar County.

In a phone interview with CNN, Stilley said he...

Texas' controversial abortion law will remain in place for the time being, after a federal appeals court on Thursday granted the state's request to...

Texas's six-week abortion ban is at least temporarily back in effect as of Friday night after a federal appeals court paused a lower court order from earlier...

The 5th U.S. Circuit Court of Appeals late Friday temporarily allowed Texas’ near-total abortion ban — the strictest in the nation — to again be...

A federal judge in Texas issued an order Wednesday blocking the state's six-week abortion ban. "From the moment S.B. 8 went into effect,...

The Biden administration has rescinded a Trump-era rule banning any provider who offers abortions or refers patients for abortions from receiving Title X...

The Biden administration formally asked the Supreme Court on Monday to block a controversial Texas law that bans abortions after six weeks of pregnancy,...

Texas can continue banning most abortions after a federal appeals court rejected the Biden administration’s latest attempt to stop a novel law that has become...

The 33-year-old Texas woman drove alone four hours through the night to get to the Louisiana abortion clinic for a consultation. She initially planned to sleep...

Foes of Texas’ strict abortion ban are taking aim at companies that donated money to the bill’s sponsors, hoping consumers will pressure corporate...

US appeals court lets Texas resume ban on most abortions

The U.S. Court of Appeals for the Fifth Circuit said Thursday it will allow Texas’s heartbeat abortion law, which allows private citizens to sue providers who...

Is the pro-life movement prepared to win?
OPINION

After being given a huge nudge from the Supreme Court declining to block Texas’ new restrictions on abortion, the main topic of conversation in the pro-life...

The Texas Heartbeat Act, a law that bans most abortions, is temporarily back in effect after the Fifth Circuit Court of Appeals granted a request by the...

A federal judge on Wednesday issued an order temporarily blocking the enforcement of Texas’s heartbeat abortion law, which allows private citizens to sue...

President Biden said Tuesday that he will sign off on Democrats’ massive social-spending package regardless of whether it includes the Hyde amendment,...