The Supreme Court on Monday ruled in favor of Sen. Ted Cruz (R-Texas) in his challenge to a federal law that limits how political campaigns can repay candidates' loans.

The law in question, which was a part of the Bipartisan Campaign Reform Act that was passed in 2002, placed a $250,000 cap on postelection contributions that campaigns are able to repay candidates for personal loans. Cruz directly challenged the rule by loaning his campaign $260,000 before his 2018 election and sued the FEC in 2019 for not being repaid the final $10,000. Writing for a 6-3 majority, Chief Justice John Roberts ruled that the limitation on repaying loans "burdens core political speech without proper justification." He also added that "quid pro quo" corruption or its appearance should be the sole reason to set campaign finance limits.

Left-rated outlets painted Cruz's court win as "a huge boon to rich candidates and moneyed lobbyists" and emphasized how they can now "raise as much as they want." Conversely, right-rated outlets framed the decision as "a win for free speech" and "fairly straight forward." Update 5/17/22 11:32 AM ET: Specified that "quid pro quo" corruption was singled out by the court. 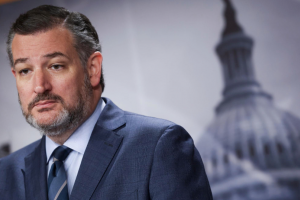 The Supreme Court ruled Monday in favor of Sen. Ted Cruz (R-Texas) in a campaign finance case concerning how campaigns can repay candidates’ loans, in a 6-3 decision that critics warn could make it easier to bribe political candidates.

Cruz sued the Federal Election Committee regarding a rule that limits how political campaigns can reimburse candidates for loans they make to their own campaign, allowing them to repay up to $250,000 in loans at any time, and more than that only if they’re repaid within 20 days post-election. 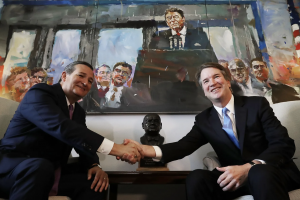 The Supreme Court’s conservative majority has been at war with campaign finance laws for more than a dozen years, stretching at least as far back as its decision in Citizens United v. FEC (2010). On Monday, the Court’s six Republican appointees escalated this war.

The Court’s decision in FEC v. Ted Cruz for Senate is a boon to wealthy candidates. It strikes down an anti-bribery law that limited the amount of money candidates could raise after an election in order to repay loans they made to their own campaign. 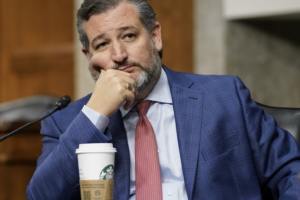 The Supreme Court sided with Senator Ted Cruz in a 6-3 decision issued Monday morning in a case brought against him by the Federal Election Commission (FEC) over how loans from candidates can be repaid following an election cycle.

The decision was authored by Chief Justice John Roberts and joined by Justices Thomas, Alito, Gorsuch, Kavanaugh, and Barrett while Justice Elena Kagan wrote the dissent and was joined in the minority by Justices Breyer and Sotomayor.

As Roberts explains, the situation at issue — while convoluted by the bureaucratic...