Has The Supreme Court Weakened The Separation Between Church and State?

Over the past few weeks, the Supreme Court has made a number of decisions that many analysts believe weakens the separation between church and state.

On Monday, the six conservatives sitting on the Supreme Court sided with a Washington high school football coach who wanted to continue praying at midfield after games — concluding that he had a constitutional right to do so. The court also ruled last week that a tuition assistance program in Maine was unconstitutional because it prevented parents from using public funding to send their children to religious schools. Additionally, the landmark decision to overturn Roe v Wade was seen as a win for religious conservatives associated with the pro-life movement. A Pew Research Center study published in Oct. 2021 found that about one-in-five (19%) of Americans believe that the government should stop enforcing the separation between church and state, while a "clear majority" (69%) said that the U.S. should never declare an official religion.

Most opinions from across the spectrum acknowledged the recent pattern of Supreme Court decisions that ruled in favor of religious voices. Left-rated voices were more likely to note that Americans once thought of the separation of church and state as one of the nation's "foundational principles" and that the establishment clause should permit states from "funding religious education." Many right-rated voices emphasized the "deeper truth" that education and religion are "closely intertwined," criticizing secular progressives for wanting to "remove all discernable values and standards in public education" for "equity and diversity." 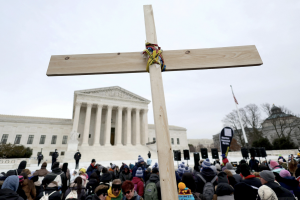 The conservative-majority U.S. Supreme Court has chipped away at the wall separating church and state in a series of new rulings, eroding American legal traditions intended to prevent government officials from promoting any particular faith.

In three decisions in the past eight weeks, the court has ruled against government officials whose policies and actions were taken to avoid violating the U.S. Constitution’s First Amendment prohibition on governmental endorsement of religion - known as the “establishment clause.” 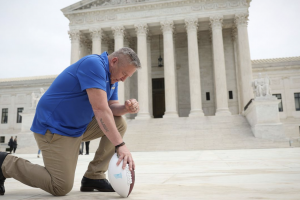 Supreme Court justices on Monday readily put themselves in the shoes of a football coach who wanted to pray at midfield after a game, over those of students who might feel pressure to join him, in an expansive decision focused on the “suppression” of religious voices.

The 6-3 ruling against a Washington state school district that suspended coach Joseph Kennedy reinforces a modern court pattern favoring religious conservatives and a greater mingling of church and state.

Overall, the decision reflected the conservative majority’s view that the voices of religious believers are... 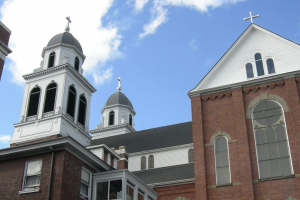 Last week, the U.S. Supreme Court ruled 6-3 that Maine’s policy of allowing parents to use school vouchers for religious schools was not a violation of the establishment clause of the First Amendment, which prohibits the national government from establishing a state religion. In a rare moment of principle, Chief Justice John Roberts rightly asserted in the majority opinion that excluding religious schools from the voucher program was blatant religious discrimination.

This is significant for school choice. It illustrates just how feasible it is to implement school choice and how well it can work....

Student Leadership through Civics Learning: Implementing PB in Your School

Churches can talk about issues and advocate for voting rights without running afoul of the law, BJC leaders explain
Baptist News Global