The FBI determined Tuesday that NASCAR driver Bubba Wallace was not the target of a hate crime. An investigation was opened up after a noose was reportedly seen in his garage stall, but the FBI reported that the rope had been there since October 2019.

From the Left
10056
Race and Racism
FBI: No crime committed in Bubba Wallace’s garage stall; noose was there since October
Washington Post 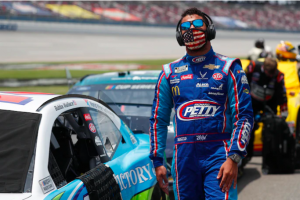 NASCAR driver Bubba Wallace was not the target of a hate crime, the FBI concluded Tuesday after completing its investigation into an incident involving a noose in the garage stall of the top-flight Cup Series’ only African American driver.

After 48 hours that rattled and then galvanized stock-car racing at a fraught moment for the sport and the nation, the FBI said no federal charges would be filed after it determined that the noose had been there since at least October 2019 and that “nobody could have known” that Wallace’s...

NASCAR went to Talladega Superspeedway on heightened alert after Bubba Wallace, its only Black driver, took on an active role in a push for racial equality.

Wallace had successfully called for the ban of the Confederate flag and received threats. Fans paraded past the main entrance of the Alabama track displaying the flag, and a plane circled above the speedway pulling a Confederate flag banner that read “Defund NASCAR.”

The FBI concluded on Tuesday that Bubba Wallace, NASCAR’s only African American driver, was not the target of a hate crime and that the “noose” found in his team’s garage was actually a standard pull rope that had been there since last year.

"The FBI report concludes, and photographic evidence confirms, that the garage door pull rope fashioned like a noose had been positioned there since as early as last fall. This was obviously well before the 43 team’s arrival and garage assignment,” NASCAR said in a statement....

Admitting that they had made no significant progress in understanding where they stood in the present climate, Country Time CEO Howard Worth told reporters...

The Onion (Humor)
Race and Racism

Is This the Beginning of the End of American Racism?
ANALYSIS

Donald Trump has revealed the depths of the country’s prejudice—and has inadvertently forced a reckoning. Marine one waited for the president of the United...

The Atlantic
Race and Racism

In the midst of the Black Lives Matter movement, it’s easy to continue seeing the United States of America as just Black and white. Here’s why it’s important...

Torch-carrying neo-Nazis in Charlottesville were the face of white supremacy in 2017. Today it’s “Nice White Parents.” That’s the title of a new podcast...

Should racism be treated as a public health crisis?

Across the country, more than 80 city and county governments have declared racism a public health emergency. The overwhelming majority have come in the past...

Yahoo! The 360
Race and Racism

Activists are fighting racism by demanding that people of color be removed from all media, brands, logos, mascots, and anywhere else they might pop up. "...

A group of over 100 Black male leaders is declaring that presumptive Democratic presidential nominee Joe Biden “has” to name a Black woman as his running mate...