Sinclair Broadcasting required its local news anchors across the country to read from an identical script warning against fake news and criticizing the mainstream media for "irresponsible, one-sided news stories." Many on the Left denounced the network for displaying conservative, pro-Trump bias, while some on the Right argued that such criticism is a double standard. 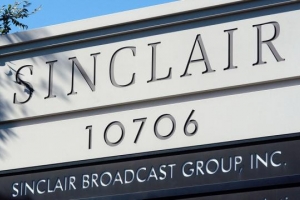 Sinclair Broadcasting Corp. is requiring news anchors at its local TV stations to take part in a new promotional campaign that slams national media outlets for sharing “fake stories,” according to a new report.

It’s being slammed on Twitter as a “hostage” video. Sinclair Broadcasting Group, which owns more than 170 U.S. TV stations, has ordered local news anchors across the country to read a script decrying “some media outlets” for “false news” and “fake stories.”

Over the weekend, you may have noticed a viral video featuring a smorgasbord of small local TV anchors recording the same exact message across multiple platforms.

Read full story
Some content from this outlet may be limited or behind a paywall.
See full media bias rating for Washington Examiner
More Stories »
Media Bias
Go ad-free! Support AllSides.
About these ads

Over the course of the past week, a number of prominent Republican lawmakers and conservative media figures have made strong statements in support of getting...