Trump Says Antifa Will Be Designated a Terrorist Organization

President Donald Trump tweeted Sunday that the far-left anarchist movement known as Antifa would be designated a terrorist organization amidst nearly a week of protests, looting, violence and riots throughout the U.S. following the death of George Floyd. Attorney General William Barr echoed the sentiment in a statement shortly after the tweet.

Many on the left questioned Trump's authority to categorize the group as domestic terrorists, while arguing that Antifa is not an organization because it does not have a leader or centralized structure, and that there is no domestic terrorism law. Meanwhile, some on the right emphasized that Antifa has networks and cells across the U.S. and in Western Europe who radicalize and train activists to carry out organized violence.

Trump Says Antifa Will Be Designated a Terrorist Organization 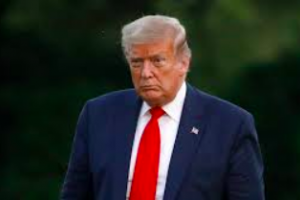 President Donald Trump announced Sunday a left-wing group he thinks are leading the violence at anti-police brutality protests will be officially labeled as terrorists.

"The United States of America will be designating ANTIFA as a Terrorist Organization," Trump said in a tweet.

Antifa – short for "anti-fascists" – is the name for loosely affiliated, left-leaning anti-racist groups that have been involved in some violent clashes in recent years. The movement has no unified structure or national leadership. 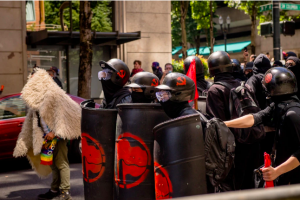 President Trump said on Twitter on Sunday that the United States would designate a group of far-left anti-fascism activists as a terrorist organization, a declaration that lacked any clear legal authority, as his administration sought to blame the group for violent protests across the nation over the weekend.

“The United States of America will be designating ANTIFA as a Terrorist Organization,” Mr. Trump wrote. 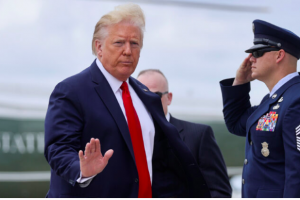 President Donald Trump said his administration would be designating Antifa as a terrorist organization, after nearly a week of widespread looting and riots following the death of an unarmed black man while in police custody in Minneapolis.

Before making the announcement, Trump commended the National Guard for shutting down the chaos in Minneapolis that he said was steered by “ANTIFA led anarchists, among others.”

FOR WEEKS, President Donald Trump and top advisers like Attorney General William Barr have sought to blame antifa for sporadic violence and rioting during the...

The Threat of Antifa

An image shared on Facebook purportedly shows a new antifa flag that closely resembles a Nazi flag. The top photo has been digitally altered in an attempt...

Trump Denies He Was Briefed on Russia Targeting US Soldiers

President Donald Trump on Sunday denied that he had been briefed on reported U.S. intelligence that a Russian military intelligence unit secretly offered...