On Tuesday, President Joe Biden ordered the release of 50 million barrels of oil from the Strategic Oil Reserve in an effort to bring down energy costs.

Japan, India, China, The United Kingdom and the Republic of Korea will also tap their reserves in a coordinated effort to drive down prices. According to AAA, gasoline prices in the U.S. are about 50% higher than a year ago. Some domestic oil producers opposed the move, and called on Biden to encourage more fossil fuel production instead of tapping into emergency reserves.

Analysts across the spectrum say the move likely won't have an immediate impact on prices at the gas pump or on home heating bills. Coverage from some right-rated sources highlighted Republicans who said the move was an effort by Biden to save face amid high inflation, rather than one to help alleviate high costs for Americans. 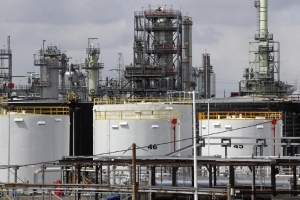 President Joe Biden on Tuesday ordered 50 million barrels of oil released from America’s strategic reserve to help bring down energy costs, in coordination with other major energy consuming nations, including China, India and the United Kingdom.

The move is aimed at global energy markets, but also at U.S. voters who are coping with higher inflation and rising prices ahead of Thanksgiving and winter holiday travel. Gasoline prices are at about $3.40 a gallon, more than 50% higher than a year ago, according to the American Automobile Association. 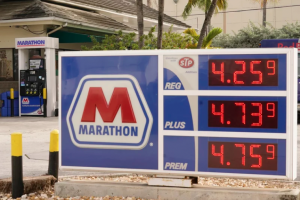 The United States plans to draw 50 million barrels of oil from its emergency oil reserves in coming months, a widely anticipated step aimed at trying to take the edge off high prices that have been hurting consumers at the pump — and hurting President Biden in the polls.

Price inflation has emerged as a top political concern with voters, who have seen prices for gasoline and other staples surge in recent months. Biden has been talking with other leaders about the problem, and other major consumers — China, India,... 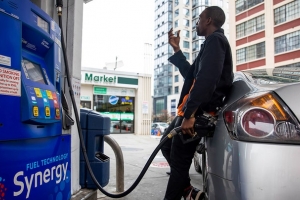 President Biden said the Department of Energy will release 50 million barrels of oil held in the U.S. Strategic Petroleum Reserve, as Americans pay more for gas now than they have in years.

China, India, Japan the Republic of Korea and the United Kingdom will likewise tap their reserves in a coordinated effort to drive down prices.

Of the 50 million barrels, 32 million will be released but eventually returned to the Strategic Petroleum Reserve in the next few years, the White House said. The remaining 18 million barrels are part of a...