Joe Biden's statement that black voters "ain't black" if they consider voting for President Donald Trump instead of him has been interpreted very differently in all corners of the political spectrum. Biden later walked back the remarks, saying he shouldn't have been "so cavalier."

Many right-rated voices say the gaffe is the latest example of Biden's purported mental degeneration; a sign that racist ideals may plague members of each political party; and an example of issues with the left's "identity politics". Left-rated voices are divided in many cases. Some said the statement was "clearly" a joke; some viewed the comment as inappropriate and suggestive of Biden's supposed complacency in winning over black voters; some questioned if the comments really matter in the long run of the election; and some explored why black voters would still support Biden even if they were offended by his words.

From the Right
10056
Race and Racism
Joe Biden's 'you ain't black' comment: The scourge of the left's identity politics
Washington Times 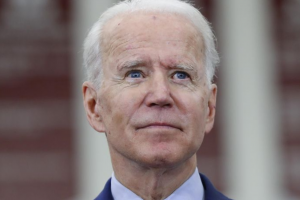 The left’s construct of identity politics is a scourge, not just because it’s insulting and shortsighted, but also because the impact of conditioning people into identifying through one sliver of who they are strips away the power of the individual. Ultimately, it destroys lives. By design, that allows politicians to more easily control and manipulate the targets populating their own base: women, people of color and gays.

There are examples of this throughout the last century highlighting how racial and sexual minorities are shamed, denigrated and even their very identities...

On May 22, in a cringe-worthy exchange with Charlamagne tha God on the popular radio show “The Breakfast Club,” Democratic presidential candidate Joe Biden said, “If you have a problem figuring out whether you are for me or Trump, then you ain’t black.”

Advisers from the Biden campaign attempted to walk back the comment, suggesting it was made in jest. Biden apologized.

Biden’s comments reflect a common misunderstanding within both political parties about the role that white Americans play in maintaining black support for the Democratic Party. In the book...

Biden was criticized after saying on a radio show last week that if you support Trump "then you ain't black." He later said he regretted the remark.

In recent weeks President Trump has railed against tearing down statues across the country — and has been particularly dogged in his defense of Confederate...

FiveThirtyEight
Culture
Amazon pulls Washington Redskins merchandise from its site amid calls for the team to change its...

Amazon is removing Washington Redskins merchandise from its site, after the NFL called on the team to change its name, widely considered a racial slur against...

The Daily Wire
Arts and Entertainment