Additional taxes on American billionaires, proposed by Democratic lawmakers as a way to help fund President Joe Biden's agenda, have been met with resistance from conservatives and key moderate Democrats.

Under the plan, Americans with more than $1 billion in wealth or who earn over $100 million yearly for three straight years would pay an annual "unrealized capital gains" tax on asset growth, such as real estate and stocks, even if the assets aren't sold. The tax increase is billed as a way to fund the Biden administration's multi trillion-dollar spending plans for social welfare and climate change. Key moderate Sen. Joe Manchin (D-W.Va.) publicly criticized the plan Wednesday shortly after Senate Democrats officially announced it, casting doubt on its chances of becoming law. The proposal would raise taxes on roughly 700 Americans.

Some finance experts previewed potential legal challenges the measure could face. Left voices often voiced support for the proposal and highlighted the U.S. billionaires who saw their wealth grow significantly during the pandemic. Right-rated voices often denounced the plan as federal overreach and argued that trying to tax unrealized asset gains would be highly problematic and impractical. 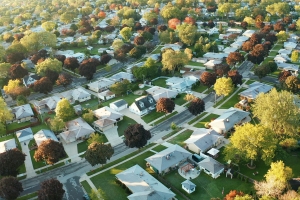 The year 2021 has seen President Biden and congressional Democrats explore, very publicly and painfully, seemingly every possible way to squeeze more tax money out of the American people. This exploration has taken place though the federal government just enjoyed the biggest revenue haul in two decades, inflation is higher than it’s been in three decades, and Senator Kyrsten Sinema (D., Ariz.) has taken all tax-rate increases off the table.

Desperate for any new tax at this late hour of the “Build Back Better” soap opera of socialism, all hands have come on deck for perhaps the...

Read full story
Some content from this outlet may be limited or behind a paywall.
See full media bias rating for National Review
From the Left
1631
Banking and Finance
We Need to Tax the Billionaires Right Now
Common Dreams 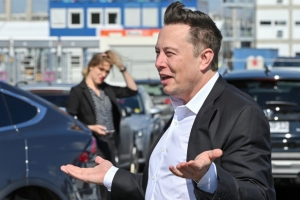 Just over the past week, a billionaire wealth tax proposal has suddenly moved from the edge to the very center of the negotiating table for President Biden’s sweeping Build Back Better agenda.

What explains the shift? The reasons are both negative and positive.

On the negative side: Kyrsten Sinema.

Last week, the Arizona Senator took a break from high-roller fundraising to inform her colleagues that she opposes even partially undoing the tax rate cuts on corporations and wealthy individuals that Republicans enacted (and she voted against) in 2017. This sent... 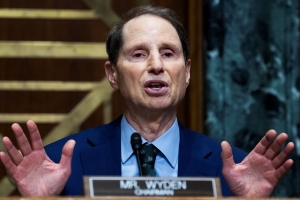 As Democrats inch closer to finalizing their social spending package, Senate Democrats are eyeing a tax on billionaires amid pushback on income and corporate levy hikes.

The proposal, called the Billionaires Income Tax, may affect roughly 700 Americans with more than $1 billion of wealth or earning over $100 million annually for three consecutive years.

Billionaires may face an annual levy on the increased value of assets, such as stocks and bonds, regardless of when they sell, known as “mark-to-market.” However, investors may still write off losses every year.

Will the Federal Reserve Get a New Chairman? Biden Has Made His Decision
Townhall

Analysis
What the Afghan government’s collapse might mean for the U.S. stock market
MarketWatch

News
How Unemployment Insurance Fraud Exploded During the Pandemic
ProPublica

News
Bitcoin at $40k? Crypto jumps after signs more tech companies plan to use it
Fortune

Opinion
To Win Friends and Influence People, America Should Learn From the CCP
Foreign Policy