Perspectives vary across the aisle on Megyn Kelly's departure from NBC over her comments on blackface. Some say that her termination is an example of a social media mob mentality, while others write that the remarks provided a missed opportunity to engage in an honest conversation about the offensive nature of the practice, particularly when considering a 2015 poll that found the majority of white Americans believe it is appropriate for a white individual to don blackface on Halloween. Alternatively, some argue that her statements were proof positive that she is a racist, especially in light of controversial comments she made while still employed by Fox News. 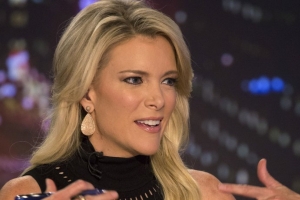 Modern-day Robespierres send counterrevolutionaries to the virtual chopping block. They should recall his fate.

Read full story
Some content from this outlet may be limited or behind a paywall.
See full media bias rating for National Review
From the Left
2322
Culture
'Megyn Kelly Today' could've taught us about blackface this Halloween
Annafi Wahed

Megyn Kelly asked on her now-canceled show, "But what is racist?" She continued, "You do get in trouble if you are a white person who puts on blackface for Halloween, or a black

Read full story
Some content from this outlet may be limited or behind a paywall.
See full media bias rating for Annafi Wahed
From the Left
2322
Culture
Megyn Kelly's 'blackface' comments show her true face
CNN (Opinion)

Google has stopped short of firing its global lead on diversity strategy for a shocking blog post from 2007 in which he argued that Jewish people have an “...

Not long after George Floyd was murdered on a Minneapolis street last Memorial Day, Meghan Dougherty felt an awakening in her suburban Texas school district...

Teacher on leave after speaking out against pronoun policy for students

A Loudoun County, Virginia, gym teacher was placed on leave days after he spoke out against a proposed school policy that says educators should refer to...

One Year After George Floyd’s Murder, the Racial Reckoning Gave Way to a Backlash
ANALYSIS

It has now been a year since white police officer Derek Chauvin murdered George Floyd by kneeling on his neck for approximately nine minutes, while a...

The GOP Now Stands for Nothing
OPINION

The Republicans in Congress are blocking a bipartisan investigation into the January 6 insurrection. Their spines crushed by years of obedience to Donald Trump...

Will face masks be a regular part of life post-pandemic?

Public health experts are discussing the potential benefits of wearing masks even after the coronavirus pandemic has ended, citing lower cases of respiratory...

Compassion Fatigue Is Overwhelming Educators During the Pandemic
OPINION

In April 2020, my great-aunt suddenly died from a rare and aggressive cancer. She was an adored and hilarious high school “cafeteria lady” of 20 years, but her...

Manufacturer Stetson announced Saturday it's pulling its products from a store in Nashville, Tennessee, which advertised the sale of "not vaccinated...

WHO says Covid origin investigation is being ‘poisoned by politics’

A top World Health Organization official said Friday that investigations into the origins of Covid-19 are being “poisoned by politics.” U.S....

Defund the police? We're at the center of the storm, doing the jobs no one else wants
OPINION

Like Black Lives Matter, Defund the Police is a political hashtag that means different things to different people. Some want to abolish the police ...

Paul Ryan has returned to Republican politics and the reaction from MAGA world has been one of jubilation. Riders have galloped through conservative villages...