The announcement comes after the results on Super Tuesday show that Democratic leaders and Democratic voters are coalescing around Joe Biden. 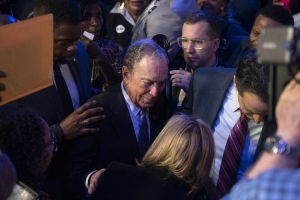 Michael Bloomberg ended his presidential campaign Wednesday after failing to persuade Democratic voters he was the best choice to defeat President Donald Trump despite record spending that topped a half-billion dollars.

In a statement, Bloomberg said he was endorsing Joe Biden.

“I’ve always believed that defeating Donald Trump starts with uniting behind the candidate with the best shot to do it. After yesterday’s vote, it is clear that candidate is my friend and a great American, Joe Biden.”

(Bloomberg is the founder and majority owner of Bloomberg LP, the parent... 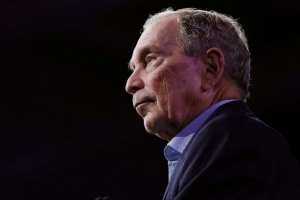 Former New York City mayor Mike Bloomberg, a centrist billionaire who launched a White House bid after years of flirting with a run, and pledged to use his vast resources to unite Democrats and moderate Republicans against President Donald Trump has suspended his campaign and is endorsing former Vice President Joe Biden.

His campaign was shaken by Biden’s resurgence and overwhelming victory in the South Carolina primary, which reignited his bid and led other moderate candidates to drop out of the race end endorse him in an effort to consolidate... 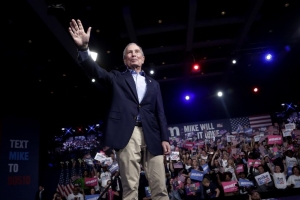 Billionaire media mogul Michael Bloomberg on Wednesday dropped out of the Democratic presidential race after a humiliating rejection by voters on Super Tuesday.

He said he wasn’t giving up on the fight to defeat President Trump and threw his support — and his fortune — behind former Vice President Joseph R. Biden.

“While I will not be the nominee, I will not walk away from the most important political fight of my life,” he said in a message to supporters. “I’ve always believed that defeating Donald Trump starts with uniting...

Biden has four great options for a black female running mate. One is his best.
OPINION

Seven prominent Black women activists have made a strong case, and a bit of stir, in a Washington Post Op-Ed, “Biden Still Needs Black Women. Here are 3 Things...