On Sunday, actor Will Smith slapped comedian Chris Rock at the 2022 Oscars — and then won the Oscar in the best actor category. On Monday, it was all anyone was talking about.

Smith’s actions came after Rock made a joke about Smith’s wife, Jada Pinkett Smith, who has alopecia. Once Smith sat back down, he yelled at Rock to “keep my wife’s name out of your f------- mouth.” “Will Smith just smacked the s--- out of me,” Rock remarked before moving on with his presentation.

Smith apologized to the Academy and his fellow nominees in his Oscar acceptance speech, and he later apologized to Rock in a public statement. While Rock declined to file a police report, the Academy condemned Smith’s actions and launched a formal review into potential consequences.

The slap and its consequences made top headlines across the spectrum. Perspectives on the story ranged widely; some, like The Atlantic’s (Lean Left) Elizabeth Bruenig, said “the only correct answer to the will smith thing was ‘lmao.’” Others took a strong stance that “words are not violence,” condemning Smith’s “assault.” While Reps. Ayanna Pressley (D-Mass.) and Marjorie Taylor Greene (R-Ga.) both praised Smith on Twitter for being a “husband defending his wife,” others tied the incident to toxic masculinity.

See Today’s News »   More Headline Roundups »
From the Right
2322
Culture
Oscars will police how diverse you are, but violence? That’s fine
Maureen Callahan 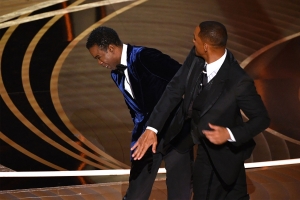 If Will Smith had slapped one of the female hosts at last night’s Oscars, onstage in front of millions, would there even be a debate about consequences?

Then again … Hollywood wonders why most Americans find it hypocritical.

And Academy leaders wonder how to reverse the struggle for eyeballs and relevance. 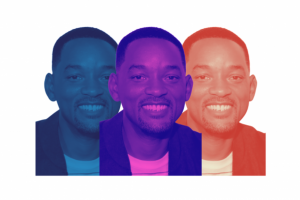 In a nation so often defined by growing polarization and disdain for each other, we just experienced a raw, unscripted moment that could potentially teach us something about ourselves.

In the hurricane of reactions to what happened at the Oscars, let’s not miss this opportunity to notice and learn from the human frailty, anger and potential for forgiveness that could help us all build a bridge across differences that divide our nation, our communities, and our families. 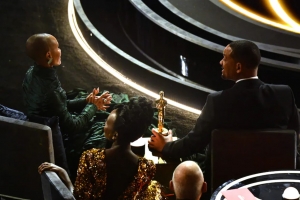 In the moment before Jada Pinkett Smith’s husband strode onstage to slap another man during Sunday night’s Oscars ceremony, the camera panned briefly to her face. Comedian Chris Rock had just made a joke at her expense, and she did not appear happy. She rolled her eyes. She clasped her hands tightly in her lap. She sat ramrod straight, wearing a high-necked emerald gown — there was almost a genteel Victorian sensibility to her restrained displeasure.