In response to the Uvalde school shooting, many lawmakers are debating what changes need to be put in place in order to prevent future mass shootings.

While all 50 Democratic Senators would likely back stricter gun control legislation, a lack of Republican support would prevent them from getting the 60 votes required to overcome a filibuster. Senate Majority Leader Chuck Schumer said on Wednesday that the Senate is "going to vote on gun legislation" and pleaded with his Republican colleagues to "work with us now" in light of the recent mass shooting. Golden State Warriors head coach Steve Kerr on Tuesday night criticized the U.S. Senate for failing to pass the Bipartisan Background Checks Act, which would expand federal background checks required for gun purchases.

Left-rated voices were more likely to promote more gun restrictions as a potential solution to prevent more mass shootings. While the Second Amendment "doesn’t have to be destroyed to save our country," one opinion piece published in CNN (Left bias) argued, it shouldn't be "treated as more important than the lives of children." Conversely, many right-rated voices expressed that the Democrats need to learn how to compromise with Republicans if they want to create substantial change. David Harsanyi, a senior editor at The Federalist (Right bias), argued that "law-abiding Americans" shouldn't have to take responsibility for "a madman’s actions." He concluded that Democrats should offer "realistic, productive, and germane ideas rather than using another horrific tragedy to dunk on their political opponents." 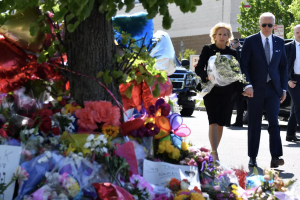 After the deadliest school shooting in nearly a decade, lawmakers are making emotional pleas for stricter gun control legislation. "What are we doing?" an impassioned Sen. Chris Murphy (D-Conn.) said on the Senate floor on Tuesday after an attack at a Texas elementary school killed at least 19 children and two adults.

The big picture: There's a familiar pattern. In the wake of a mass shooting, Congress zeroes in on gun and other relevant legislation, but Republicans won't support most new gun laws and Democrats don't have 50 senators who are willing to ditch the... 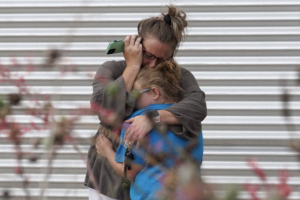 Mass shootings have become so common in the US that we have developed a pathology for how to react. The aggrieved families who have lost someone they loved are the recipients of thoughts and prayers. Law enforcement is praised for keeping the tragedy from becoming even more horrific. Counseling is offered to survivors. Politicians come to town to express their sympathy and outrage, and vow that the latest community will recover and stand “Texas strong” or “Sandy Hook strong” or “Parkland strong.”

But nothing happens to prevent another shooting. 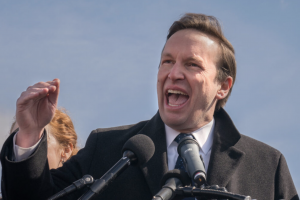 Before we even knew how the killer of 19 children and two adults at Robb Elementary School in Uvalde, Texas, had obtained his guns, Chris Murphy was engaging in his customary performative emotionalism on the Senate floor, literally begging Republicans to “compromise.”

Compromise on what exactly? Murphy has never once offered a single proposal that would have deterred any of these mass shooters. Literally minutes after his routine, Murphy was asked about the obvious mental illness prevalent among most of these shooters. “Spare me the bullsh-t about mental illness,” the...