How the Russia-Ukraine Conflict Could Impact the US

While sanctions against Russia have already started to weaken its economy, its continued attacks on Ukraine could also lead to consequences for the U.S. economy and national security.

Coverage from all sides highlights how the Russia-Ukraine conflict could lead to higher energy costs in the U.S., more cyberattacks from Russia, mass influxes of migrants fleeing to the U.S. from Europe, and an eventual devolution into a nuclear weapons crisis. Russia ranks second in oil exports among all countries, and roughly 8% of U.S. oil imports came from Russia in 2021. Meanwhile, Russian cyberattacks on U.S. companies and government agencies have already been an issue in recent years. Some, such as Rep. Adam Kinzinger (R-Ill.), are calling for the U.S. to help establish a "no-fly zone" over Ukraine in an effort to curb Russian air attacks, a move Ukrainian President Volodymyr Zelesnkyy has reportedly pushed President Joe Biden to endorse.

Outlets on the left and right often focus on how U.S. energy prices could rise, and frame that fear in the context of the already-high costs of gasoline, electricity and home heating. While some voices are calling for the White House to offer Ukraine direct military support, many others across the political media spectrum oppose the idea and criticized calls from Kinzinger and others for the U.S. to get more involved; most argued that such a move would likely lead to war between the U.S. and Russia. 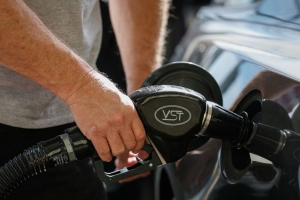 Russia's invasion of Ukraine is happening thousands of miles away from the closest major US city. And yet millions of American families will feel the economic consequences.

That's because the world economy and financial markets are interconnected. As Covid demonstrated, events on one side of the planet can set off shockwaves on the other side.

In this case, an invasion of Ukraine by Russia will likely drive up the already-high cost of living in the United States, rattle investment portfolios and perhaps even slow down the economic recovery. 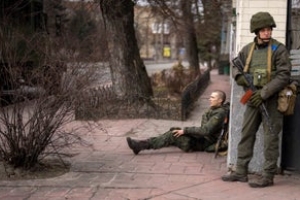 The Russian invasion of Ukraine and the unprecedented sanctions imposed in response by the U.S. and western allies have rattled the global economy and financial markets.

Oil prices skyrocketed Monday as Russia’s invasion of Ukraine entered its fifth day and the U.S. and European Union continued...

Read full story
See full media bias rating for The Hill
From the Right
314
World
War in Ukraine? Here’s why it should matter to you
Deseret News 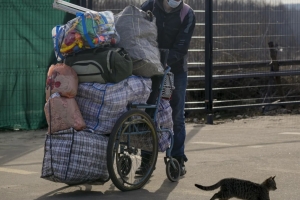 For many, the question is, why should the United States worry at all about Ukraine?

Some on the ideological right argue that Ukraine isn’t really a democracy, and therefore not worth the trouble. They accuse Democrats of using this crisis as a political distraction with an eye toward midterm elections.

These are cynical arguments that ignore some harsh realities. They are also dangerous, given how Putin could be emboldened even further if he felt the United States was politically divided over how to respond to his aggressions.

Level-headed Republicans, such as...