At least one witness reportedly told the House's January 6 select committee that former President Donald Trump made an approving remark about chants of "hang Mike Pence" at the Capitol on Jan. 6, 2021.

Citing anonymous sources, CNN and the New York Times (Lean Left bias) reported this week that the committee was told that Trump complained that the vice president was being whisked to safety, and then said something supportive of the chants to hang Pence. It's unclear what tone Trump used in the alleged remarks.

Cassidy Hutchinson, a former aide to Trump's Chief of Staff Mark Meadows, was reportedly asked about the alleged remarks by the committee and confirmed them. The Times reported that Meadows walked into his office and told colleagues of Trump's alleged comments, citing "an account provided to the House committee." Trump spokesman Taylor Budowich said that the "partisan committee’s vague ‘leaks,’ anonymous testimony and willingness to alter evidence proves it’s just an extension of the Democrat smear campaign."

The story was covered much more by left-rated sources; some center-rated outlets covered it, but few right-rated outlets did. Many reports across the spectrum highlighted the claim in the context of Trump's disagreements with Pence about the results of the 2020 election. One Slate (Left bias) writer expressed concern that the story wasn't being reported on and discussed more. One headline from CNN described the comments as if they were confirmed, rather than alleged. 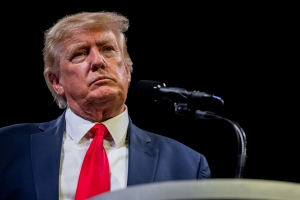 A former aide to Trump White House chief of staff Mark Meadows told the House January 6 committee that then-President Donald Trump had suggested to Meadows he approved of the "hang Mike Pence" chants from rioters who stormed the US Capitol, two sources familiar with the matter told CNN.

Cassidy Hutchinson, the former aide, also testified that Trump complained about his then-vice president being hustled to safety while Trump supporters breached the Capitol, the sources said.

Hutchinson has answered the panel's questions during three separate sessions, CNN previously reported. She went over "new ground" with the committee... 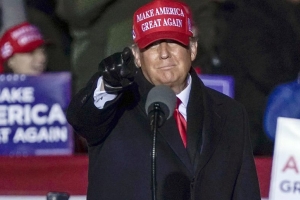 Former President Donald Trump said that maybe his vice president should be executed after protesters at the Jan. 6, 2021, attack on the Capitol chanted, “Hang Mike Pence!” according to witnesses who spoke to the House committee probing the attack.

The New York Times reports that White House Chief of Staff Mark Meadows left the dining room off the Oval Office and told colleagues in his own office that Mr. Trump was complaining about Mr. Pence being whisked to safety during the Capitol attack — and then made the hanging remark.

It was unclear what kind...

Read full story
Some content from this outlet may be limited or behind a paywall.
See full media bias rating for Washington Times
From the Center
1184
Politics
Trump made approving remark about chants calling for hanging Pence: NYT
The Hill 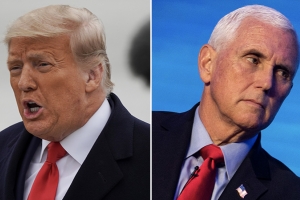 Former President Trump made an approving remark about his own vice president being hanged following chants at the Capitol on Jan. 6, 2021, to hang then-Vice President Pence, according to a report in The New York Times.

The report is based on an account of an incident at the White House that was reported to the House committee investigating the Jan. 6 attack.

It’s no secret that Trump was unhappy with Pence, who had made it clear that on Jan. 6 he would not be questioning the results of the election. Pence’s...