Canadian hockey icon Don Cherry was fired Monday in the midst of a 38-year career after he said on air that not enough people in Toronto wear poppies to honor war veterans and those who died in battle, as is Canadian tradition every Nov. 11.

Media coverage on the left framed Cherry's comments as racist and anti-immigrant, pointing to his use of the phrase "you people". Media outlets and commentators on the right framed the story as emblematic of the overreaches of cancel culture, saying Cherry's criticisms applied to all regardless of race or immigration status. AllSides breaks down the differences in coverage on the blog. 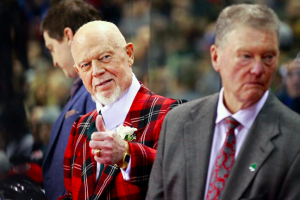 Don Cherry, the colorfully dressed fixture of “Hockey Night in Canada” broadcasts, was fired on Monday after on-air comments that were widely viewed as a racist attack on the patriotism of immigrants.

“Following further discussions with Don Cherry after Saturday night’s broadcast, it has been decided it is the right time for him to immediately step down,” Bart Yabsley, the president of the cable channel Sportsnet, said in a statement. 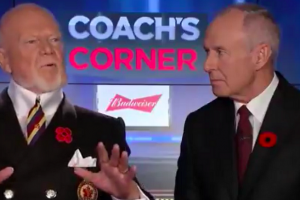 Cherry triggered outrage on Twitter, with many accusing of him racism, when he said immigrants should honour those who fought for our freedom and way of life they came here to enjoy:

“You people love—they come here whatever it is—you love our way of life, you love our milk and honey, at least you can pay a couple of bucks... 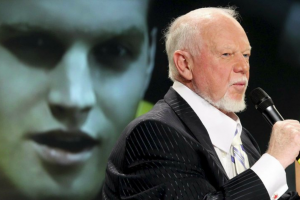 TORONTO (AP) — Don Cherry, Canada’s most polarizing, flamboyant and opinionated hockey commentator, was fired Monday for calling immigrants “you people” in a television rant in which he said new immigrants are not honoring the country’s fallen soldiers.

“It has been decided it is the right time for him to immediately step down,” Yabsley said in a statement. “During the broadcast, he made divisive remarks that do not represent our values or what we stand for.”