Fox News is standing behind host Tucker Carlson after the Anti-Defamation League (ADL) called Friday for the media company to fire Carlson for saying on his show last week that immigration to the United States would “dilute the political power” of Americans. Carlson suggested that the Democratic Party "is trying to replace the current electorate, the voters now casting ballots, with new people, more obedient voters from the Third World." In a letter to Fox News, ADL called for Carlson's removal due to an “open-ended endorsement of white supremacist ideology." Fox CEO Lachlan Murdoch said in a response to ADL Monday that Carlson “decried and rejected replacement theory” when he said during the segment, “White replacement theory? No, no, this is a voting rights question.” The ADL replied Monday to Murdoch, saying that Carlson used white-supremacist language even if he claimed he didn’t. Tucker doubled down on his remarks on his show Monday, saying, "Demographic change is the key to the Democratic Party's political ambitions."

Carlson's comments received pushback from many across the political spectrum. The story was widely covered by outlets from the left and center, and received less overall coverage from right-rated outlets. Many left voices, as well as center- and left-rated outlets criticized Carlson for his comments and Fox News for their support of him. Editor's note, 04/13/21: After we originally posted this headline roundup, Tucker Carlson published his response to the criticism. To provide a better breadth of perspectives, we updated our articles to include his response. 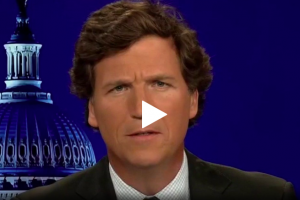 Last week, we said something on television that the usual chorus of hyperaggressive liars is now pretending was somehow highly controversial. Ordinarily, we'd ignore all of this. Once you've been denounced as a White supremacist for quoting Martin Luther King Jr., you realize such criticism is all just all another form of social control. Honestly, who cares what they think?

But in this one case, we thought it might be worth pausing to restate the original point, both because it was true and worth saying, and also because America badly... 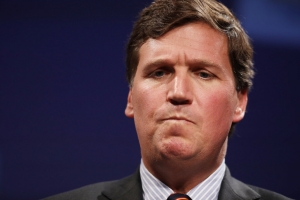 On Thursday, Fox News host Tucker Carlson caused an uproar by promoting the racist, anti-Semitic, patriarchal and conspiratorial “white replacement theory.” Also known as the “great replacement theory,” it stands on the premise that nonwhite immigrants are being imported (sometimes the Jewish community is accused of orchestrating this) to replace white people and white voters. The theory is also an inherent chastisement of white women for having a lower birthrate than nonwhite women.

Read full story
Some content from this outlet may be limited or behind a paywall.
See full media bias rating for New York Times (Opinion)
From the Center
5183
Media Bias
Calls for Fox News to fire Tucker Carlson grow louder
Poynter 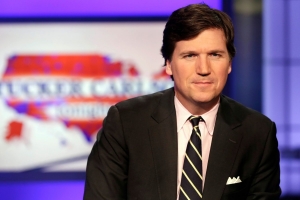 By now, we all know what Fox News’ Tucker Carlson is.

He is a divider whose goal is to stir up his audience with dangerous rhetoric about race and other extreme right talking points. He spends most of his show stirring the pot then later uses his well-practiced tactics to deny he said what we all know he meant. Or that those rightfully bothered by what he said are blowing it all out of proportion.

“Whaaat did I say? No, no, you misunderstood me. The left is trying to cancel...

At 100 Day Mark: Coverage of Biden Has Been Slightly More Negative Than Positive, Varied Greatly by...
DATA

Liberal journalists love to align themselves with “facts and truth” and have singled out their liberal “fact checker” websites as heroes, like they are somehow...

‘If You Need Wokeness, Just Go Listen To NPR’: James Carville Doubles Down On Democrats’ Problem

Democratic strategist James Carville doubled down Saturday on Democrats’ wokeness problem that he says could cost the party dearly in 2022 and 2024....

CNN’s Brian Stelter and Oliver Darcy on Sunday went to bat for legacy media outlets, like The Washington Post and The New York Times, saying there are “layers...