The Federal Reserve approved a long-anticipated increase in its benchmark interest rate on Wednesday — the first rate hike since December 2018.

The rate increase of 0.25% matched most analysts’ expectations and will mean higher costs for borrowing money. The Fed also suggested Wednesday that it would raise interest rates 6 more times this year and 3 times in 2023. The central bank cut rates to near-zero levels in March 2020 to protect the economy during the coronavirus pandemic, but persistent high inflation prompted it to act. While higher interest rates could lower inflation, some experts said the rate hikes could also slow employment and raise the risk of a recession. However, Fed Chairman Jerome Powell said Wednesday that the likelihood of a recession was “not particularly elevated.” The benchmark interest rate in question is the federal funds rate, the rate at which banks lend to each other overnight to meet asset reserve requirements.

Business outlets across the spectrum prominently featured the story on Wednesday. Some coverage highlighted the financial world’s anticipation of the rate hike; a Fox Business (Lean Right bias) headline called it “long-awaited,” and Yahoo News (Lean Left bias) headline said “the Fed’s firefight with inflation finally begins.” Coverage in center and right-rated outlets was more likely to emphasize the scale of recent inflation. 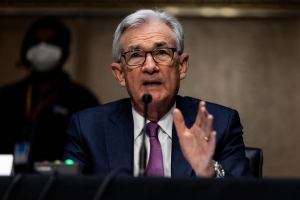 The Federal Reserve raised interest rates by 0.25% on Wednesday after a two-day policy meeting — the first time since 2018 that the central bank has hiked interest rates in an effort to get inflation under control.

The Fed also indicated it will raise rates several times this year, a sharp about-face from its massive, credit-extending policies to aid the ailing the economy during the pandemic. 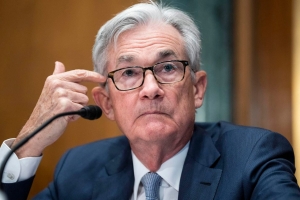 The Federal Reserve announced a 0.25% interest rate hike on Wednesday—the first increase since 2018, while also forecasting a more-than-expected six additional hikes this year, as the central bank looks to combat surging inflation and ease concerns about the economic impact from Russia’s invasion of Ukraine.

The Federal Reserve raised interest rates by a quarter percentage point—the first increase in more than three years—as it looks to address surging inflation, which remains at 40-year highs, up 7.9% from a year ago. 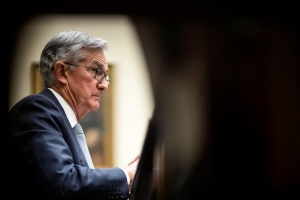 As widely expected, the Federal Reserve announced Wednesday at the conclusion of its two-day meeting a quarter-percentage point interest rate increase — nearly two years to the day after the central bank slashed its benchmark federal funds rate to zero in a bid to cushion the blow of a deep recession triggered when the United States shut down in the early days of the pandemic.

The Fed said it would raise the federal funds rate to a range of 0.25- 0.50 percent, a move that is likely just the kickoff...

News
In a turbulent economy, here's how to weather the inflation storm
NPR (Online News)