A shooting in Buffalo, New York on Saturday prompted concerns that some prominent figures on the right have promoted “replacement theory,” the ideology that allegedly motivated the shooter.

Replacement theory — also known as the “great replacement” — comes in many forms, but generally argues that elites, sometimes implied to be Jews, are intentionally replacing white populations in the U.S. and elsewhere with people of color through increased immigration and low white birth rates. Replacement theory also inspired the 2018 Pittsburgh synagogue shooting, the 2019 El Paso Walmart shooting and the 2019 Christchurch mosque shooting.

Voices from the right tended to object to these criticisms. Multiple articles specifically defended Carlson’s “very real concerns of an open immigration policy,” arguing that the shooter never mentioned the Fox News (Right bias) host in his 180-page manifesto. These voices also argued that the media wanted an “excuse” to censor conservatives and pointed to a left-wing shooter who targeted Rep. Steve Scalise (R-La.) in 2017. 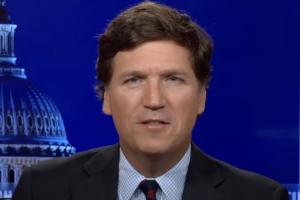 The New York Times and others on the Left linked Fox News personality Tucker Carlson to Saturday’s horrific massacre in Buffalo, despite no evidence the shooter is a fan or even watched the conservative cable news host’s highly rated show.

The Times cited the gunman’s alleged support for so-called “replacement theory,” an anti-semitic conspiracy theory that claims Jews are importing minorities to change the country’s racial makeup. Some have conflated that theory with claims that Democrats favor amnesty for illegal immigrants in order to change the voting demographics of the country, which Carlson has...

Read full story
Some content from this outlet may be limited or behind a paywall.
See full media bias rating for The Daily Wire
From the Center
10056
Race and Racism
Buffalo shooting pushes ‘great replacement theory’ into national spotlight
The Hill

A mass shooting at a Buffalo grocery store that left 10 people dead has placed a national spotlight on a far-right conspiracy theory espoused by the suspected shooter.

The so-called “great replacement theory” asserts that there is an intentional effort to replace white Americans with people of color by encouraging immigration.

Payton Gendron, the 18-year-old suspect in Saturday’s attack, cited the theory in a manifesto he published online, while authorities say he intentionally planned the attack in a location with a significant Black population. Eleven of the 13 victims killed or... 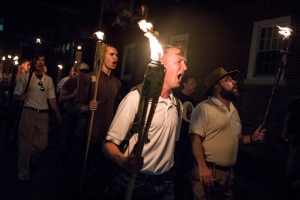 Inside a Pittsburgh synagogue in 2018, a white man with a history of antisemitic internet posts gunned down 11 worshipers, blaming Jews for allowing immigrant “invaders” into the United States.

The next year, another white man, angry over what he called “the Hispanic invasion of Texas,” opened fire on shoppers at an El Paso Walmart, leaving 23 people dead, and later telling the police he had sought to kill Mexicans.